US Treasury secretary Janet Yellen has urged Congress to pass new measures to help ease ongoing price surges, as pressure mounts on the Biden administration to do more to contain the highest inflation in four decades.

Lawmakers on the Senate Finance Committee grilled Yellen on Tuesday about the state of the economy, which has rebounded rapidly from the depths of the Covid-19-induced crash but is now beset by soaring costs for almost all goods and services.

“Congress can do a lot to mitigate some of the most important and burdensome costs that households face,” Yellen said, noting specific proposals to reduce prescription drug prices, improve access to affordable housing and bolster investments in renewable energy.

“In the course of doing that, we’ll expand the supply side of our economy,” she said. Investments in education and training, childcare as well as eldercare would lead to a larger labour force, she said, helping to bring down inflation and leading to “strong, sustainable [and] stable growth”.

Yellen’s testimony comes just days after she conceded she was “wrong” last year about the threat posed by rising inflation, having previously ascribed price pressures to “transitory” forces such as supply chain bottlenecks and other Covid-related disruptions, as did many private forecasters and the Federal Reserve.

She also became ensnared in controversy after excerpts from a new biography alleged that she had initially wanted to trim last year’s $1.9tn stimulus package by a third for fear that it would push up prices. Yellen has since rebutted those claims. 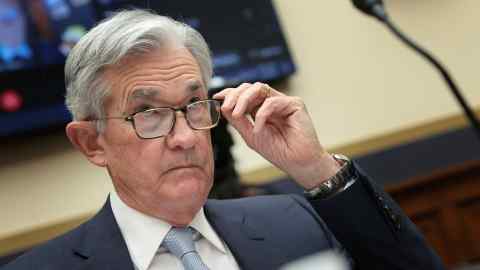 The Treasury secretary on Tuesday defended the actions taken by the Biden administration, but acknowledged that inflation is now running at an “unacceptable” level and that “an appropriate budgetary stance is needed to complement monetary policy actions by the Federal Reserve”.

The US central bank has since March raised interest rates by 0.75 percentage points from the near-zero levels that had been in place for two years and is poised to deliver at least two more half-point rate rises at its upcoming policy meetings scheduled for next week and in late July. Market participants expect the Fed to eventually lift the federal funds rate to roughly 2.8 per cent by the end of this year.

When asked by Steve Daines, the Republican senator from Montana, about the Biden administration’s role in stoking high inflation, Yellen pushed back. “We’re seeing high inflation in almost all developed countries around the world, and they have very different fiscal policies,” she said. “So it can’t be the case that the bulk of the inflation that we’re experiencing reflects the impact of the [stimulus package].”

She added: “In designing a policy, there are various risks that need to be taken into account. Of course inflation was one of them, but the overwhelming risk was that Americans would be scarred by a deep and long recession.”

Yellen said on Tuesday any new legislation must be paid for or structured in a way that leads to a smaller deficit.

“Asking high-income taxpayers and corporations to pay their fair share is the right way to finance those investments,” she said, adding that tackling what is estimated to be a $600bn annual gap in taxes that are owed but not paid is “absolutely important in ensuring fiscal responsibility”.

“It would generate substantial revenue in a manner that’s efficient and fair,” she said. “It would enable deficit reduction and help ease price pressures by providing part of the funding we need for the urgent fiscal priorities we discussed.”