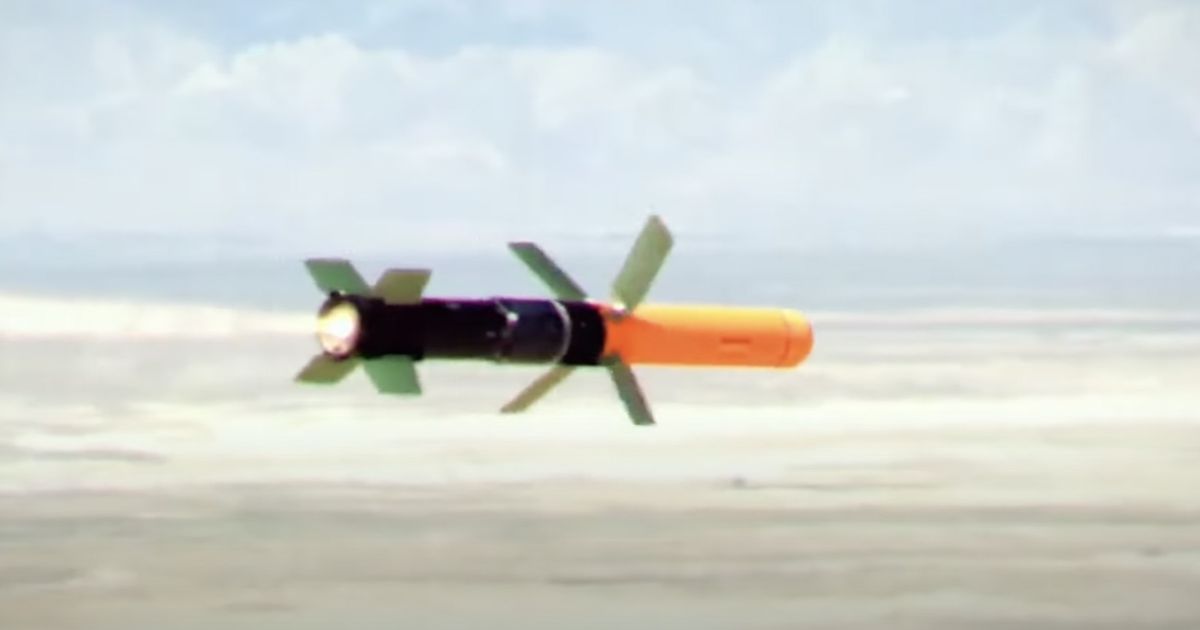 The AGM 14 R9X missile, made by Lockheed Martin, can be fired from, in Zawahiri’s case, a Reaper drone as well as other platforms. It can be fired from 600 miles away. Because its payload is tungsten and not packed explosives, this version of the hellfire doesn’t have the accompanying explosion– unless it hits, for instance, a full gas tank in a car.

The R9X is called a Ninja because of the six blades deployed during flight that chop up rather than incinerate a target with explosives. It’s also nicknamed the “flying Ginsu,” “sword bomb,” and “ninja bomb.” See the video below.

The newer missile was ordered during the Obama Administration to make a safer deadly weapon–to reduce, if you will, collateral damage. It was requested by the CIA and the military’s Joint Special Operations Command (JSOC). The missiles used to take out Zawahiri were with CIA drone strikes.

Weapon CIA used to get al-Zawahiri. Kinetic Hellfire R9X. No warhead explosives, just blades that swing out to kill only one guy. pic.twitter.com/0dwkC40003

It’s believed President Trump was the first to use the weapon in February 2017 to take out then-Al Qaeda number two Ahmad Hasan Abu Khayr al-Masri in Syria, according to The Wall Street Journal, which was the first to report on the new weapon in 2019.  The R9X was used again in January 2019 against “Jamal al-Badawi, accused of being behind the bombing of the USS Cole in 2000 in a Yemeni port, killing 17 American sailors,” according to the Journal.

Is the Wave of Madness Cresting?

It is believed that Iranian terror kingpin General Quessem Soleimani was taken out with the same kind of missile when he was killed at an Iraqi airport in January of 2020. Soleimani’s body was chopped up, leaving behind a hand bearing his ring that was used to verify his identity.

A Predator MQ-9 Reaper drone strikes a truck with a Hellfire missile. This is how Qassem Soleimani was dealt with. pic.twitter.com/0GseOFdf5e

Like everything else in the military, the term Hellfire is an acronym, for “Heliborne, Laser, Fire and Forget Missile…”

Its Hunger for African Resources

FirstFT: Opec set to accelerate oil production after US pressure

US adds 528,000 jobs in surprise gain for labour market