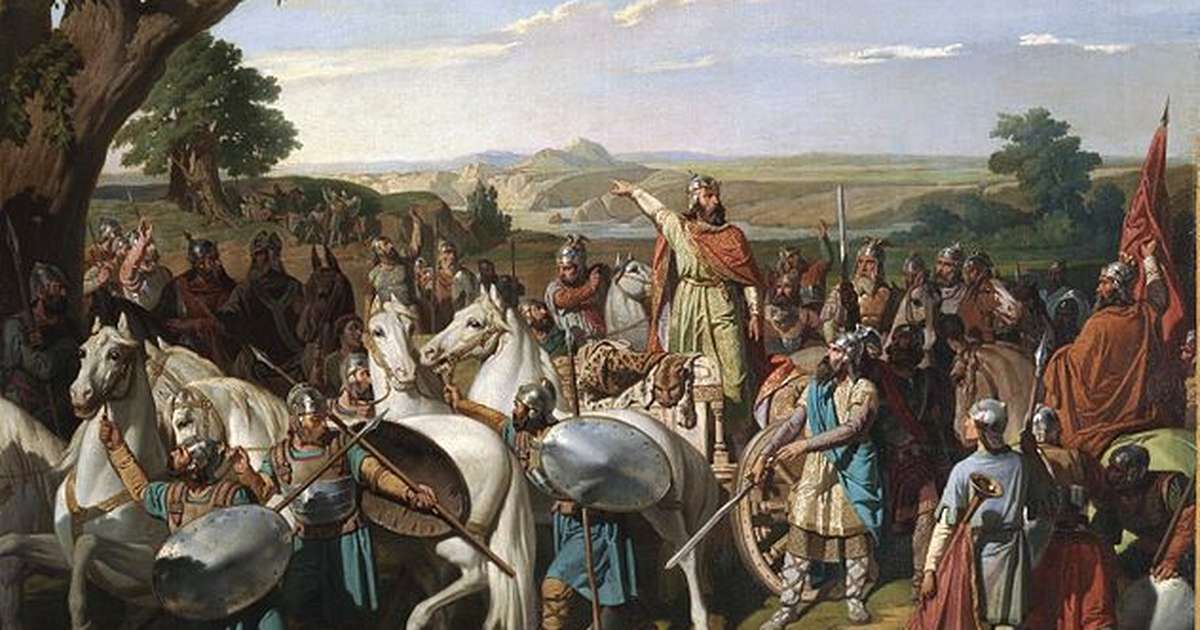 Recently, the Grand Imam of Al Azhar University, Sheikh Ahmed al-Tayeb, claimed that the seventh-century Muslim conquests of the mostly Christian-majority Middle East and North Africa “were not conquests of colonization that rely on the methods of plunder, oppression, control, and the policies of domination and dependency.” Rather, they were about bringing “knowledge, justice, freedom, and equality” to the conquered.

A couple of weeks before al-Tayeb made these highly ahistorical claims, another prominent sheikh and professional historian, Dr. Ali Muhammad al-Salabi, wrote a lengthy article dedicated to making the same claims—also during Ramadan, when Muslims are wont to reminisce over the virtues of jihad—but in the context of the Muslim conquest of Spain.

Published by the International Union of Muslim Scholars, and titled “From Ramadan’s Victories: The Islamic Conquest of al-Andalus,” it offers a more focused case study on this phenomenon of wildly whitewashing Islamic history.

According to Dr. al-Salabi, the Muslim conquerors of Spain were not in it “to gain spoils or achieve status; and this was the objective of all the Islamic conquests.  Reading about and learning their [true] nature is sufficient to reject the allegations and refute the forged slanders which suggest, implicitly or explicitly, that plunder was the motive of this conquest.  Such a claim is devoid of arguments, proofs, and evidence; it is an illusion without the slightest whiff of scientific or historical support.”  Instead, the Muslim conquest of Spain was about “turning the page of injustice and tyranny to a new page of progress and civilization.”

These are quite the claims. Back in the real world of actual recorded history, the sources make abundantly clear that the Muslim conquest of Spain was driven almost entirely by lust for booty—both animate and inanimate.


For example, according to one of the earliest accounts, the Latin Chronicle of 754, the Muslims “long plundered and godlessly invaded Spain to destroy it.” On landing there, they “ruined beautiful cities, burning them with fire; condemned lords and powerful men to the cross; and butchered youths and infants with the sword.” As for Musa bin Nusayr, the supreme general of the expedition whom al-Salabi otherwise praises in his article for his unswerving piety, “He terrorized everyone.”

Some may object that the Chronicle of 754 was written by an ungrateful Christian infidel who failed to appreciate Islam’s altruistic intentions in conquering his nation. Unfortunately for them, Muslim sources—their own sources—are just as, if not more, explicit that the conquest of Spain was heavily motivated by thoughts of plunder.

Thus, according to one of the earliest Arab historians on the conquest of Spain, Ibn Abd al-Hakam (b. 803), “When the Muslims conquered Spain, they looted it and committed many frauds [emphasis added].” Similarly, the important Arab historian, Ahmed Muhammad al-Maqqari, whom al-Salabi (selectively) quotes in his article, writes that, after General Tarek’s initial successes in Spain, “when the people on the other side of the straits [in Africa] heard of … the plentiful spoils he had acquired [including many slaves], they flocked to him from all quarters, and crossed the sea on every vessel or bark they could lay hold of. Tarek’s army being so considerably reinforced, the Christians were obliged to shut themselves up in their castles and fortresses, and, quitting the flat country, betake themselves to their mountains.” And so it went; Tarek continued to penetrate northward into Spain, “not passing a place without reducing it, and getting possession of its wealth, for Allah Almighty had struck with terror the hearts of the infidels.”


Such terror was only augmented when the invaders chopped up, cooked, and “pretended” to eat some of their Christian captives, as al-Hakam relates. In another memorable incident, a number of leading Christians and their people holed themselves up in a church in Córdoba. According to al-Maqqari, although “the besieged had no hopes of deliverance, they were so obstinate that when safety was offered to them on condition either of embracing Islam, or paying jizya, they refused to surrender, and the church being set on fire, they all perished in the flames.”

So much, then, for Dr. al-Salabi’s claim that the Muslim conquest of Spain was about “turning the page of injustice and tyranny to a new page of progress and civilization.”

Muslim sources further make clear that “booty” of another kind—the enslavement of European women from Spain and elsewhere—was also a motivating factor. Prior to invading the peninsula, Tarek even managed to fuse the seizure of those two forms of plunder—untold riches and beautiful women—in one succinct sentence to rile his men: “You must have heard numerous accounts of this island, you must know how the Grecian maidens, as beautiful as houris [celestial, sexual, super-women], their necks glittering with innumerable pearls and jewels, their bodies clothed with tunics of costly silks sprinkled with gold, are awaiting your arrival, reclining on soft couches in the sumptuous palaces of crowned lords and princes.”


Soon after the Muslim conquest of Spain, in 715, Musa and Tarek made the long trip to the Umayyad caliphate in Damascus; they brought with them thousands of camels laden with immense treasures and thirty thousand captives as a flesh-tribute to Caliph Al-Walid, who, according to al-Maqqari, was delighted by “the resources of all the people of Spain … its riches and the beauty of its young girls.” Thereafter, and because the “Umayyads particularly valued blond or red-haired Franc or Galician women as sexual slaves,” writes historian Dario Fernandez-Morera, “al-Andalus [Muslim-controlled Spain] became a center for the trade and distribution of slaves [The Myth of the Andalusian Paradise, p. 159].” Christian subjects were sometimes even required to make an annual tribute “not of money, or horses, or arms, but of a hundred damsels (all to be distinguished for beauty) to ornament the harems [Spain and Portugal, p. 132].”

So much, then, for Dr. al-Salabi’s claims that the Muslim conquerors of Spain were not in it “to gain spoils or achieve status,” a claim that is supposedly “devoid of arguments, proofs, and evidence”—indeed, a claim that he insists is ultimately “an illusion without the slightest whiff of scientific or historical backing.”

Sadly, al-Salabi’s whitewashing does not end here. He also makes it a point to extol the piety of the Berbers, the North African converts to Islam who made up the bulk of the Muslim armies that invaded and conquered Spain: “The Berbers were among the most loyal people to Islam,” he writes.  “They were zealous about Islam, loving it and sacrificing for it, not to gain spoils or achieve status.”


Yet even in this detail, Islamic history says otherwise. Originally non-Muslims, the Berbers staunchly defended themselves against Islamic encroachments for decades; moreover, during the intermittent years prior to their final conquest, they had no qualms about feigning conversion to Islam.  As al-Maqqari writes,

He [Uqba bin Nafi, a Muslim general] went to Ifriqiya [Africa] and besieged its cities, conquering them by force and putting the people to the sword. A number of Berbers converted to Islam at his hand and Islam spread among them …  Then Uqba gathered his companions and addressed them saying, “The people of this country are a worthless lot; if you lay into them with the sword they become Muslims but the moment your back is turned, they revert to their old habits and religion.”

Or consider the ambivalence of supreme commander Musa bin Nusayr himself: “The Berbers are the people who most resemble the Arabs in activity, strength, courage, endurance, love of war, and hospitality,” he once said, but “they are the most treacherous of men. They have no faith, and they keep no word.”

In closing, it should be emphasized that this issue is not so much about getting history right, or shaming Muslims about their past. By continuing to laud the historic Islamic conquests of non-Muslim lands as a great and wonderful thing, fueled exclusively by piety, Muslim leaders and authorities such as al-Tayeb and al-Salabi ultimately justify ongoing intolerance and violence against non-Muslims, so long as it is in the name of Islam, as all those previous conquests were.


Note: All primary source quotes in this article were sourced from and are documented in chapters 3 and 6 of Sword and Scimitar: Fourteen Centuries of War between Islam and the West.