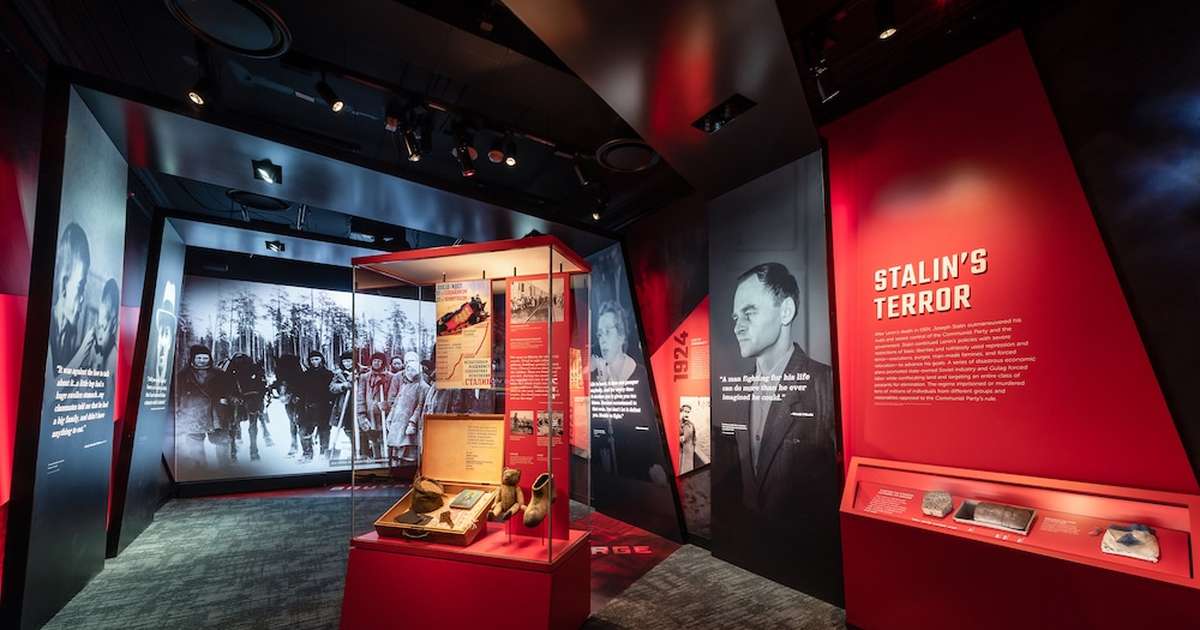 Schools, training organizations, and history-minded parents are about to have an exciting and worthy new destination; the Victims of Communism Memorial Foundation (VOC) will be opening a first-of-its-kind museum in the nation’s capital on June 13:

The Victims of Communism Memorial Foundation (VOC) is opening the doors of its new museum to the general public on Monday, June 13th. Located in downtown Washington, DC at McPherson Square (900 15th St NW), the Victims of Communism Museum memorializes the more than 100 million people murdered by communist regimes. Today, it is estimated that more than 1.5 billion people still live and labor under communist governments that are actively hostile to democracy as well as human and civil rights.

With 9,494 square feet of space, the Victims of Communism Museum offers exhibits as well as room for conferences and other events. The three main galleries on the first floor inform visitors about the origins of communism, how the poisonous ideology operates, and how people trapped in communist regimes have resisted historically and continue to resist today.

Finding the museum won’t be difficult for visitors given its convenient location near McPherson Square in downtown Washington. It’s easily accessible by Metro or car and is mere blocks from the White House.

The venue occupies 9,492 square feet across two floors. But don’t let the size deceive you. The exhibits will absolutely leave an indelible mark.

Guests will have the opportunity to explore three galleries guiding them through the history of communism.

The first gallery documents the rise of communism under Vladimir I. Lenin and his bloody Bolshevik Revolution in 1917 to the formation of the Communist International, or Comintern, which exported “the revolution” globally.…

In the second of three galleries, visitors will learn about communism’s reign of terror taking hold internationally following Lenin’s death.…

I noticed panels highlighting the victims of the Katyn Massacre and Holodomor genocide, among several atrocities profiled. Victims from beyond Europe were prominently featured, too.

In the third gallery, guests will discover how resistance movements took hold in Asia, Europe, and South America.…

An interactive feature called “Conditions Under Communism” lets guests test their knowledge about the grim realities befalling these nations.

Afterwards, we headed up to the second floor to a room dedicated to rotating temporary exhibits. The current exhibit highlights the 1989 Tiananmen Square Massacre.

Curators explained this space will host an upcoming feature on Cuba and other nations every six months.


Hoffmann notes that the museum opening comes amidst a push to teach about the horrors of communism at a level of significance comparable to how the rise of the Nazi party is taught.

Dr. Lee Edwards, Co-Founder and Chairman Emeritus of VOC, explained why this museum is so desperately needed. “Beginning with the collapse of the Soviet Union in December of 1991, people began to quickly forget the legacy of communism and the sway it held over millions of people around the world.” Yet, “Communist ruling parties still control a fifth of the world’s population.” Edwards says the museum is intended “to serve as both a memorial to those who died from [communism] and a beacon of hope for those who resist it.”

The real examples of socialism today are China, Cuba, Laos, North Korea, Vietnam, and now Venezuela. We must contend with these regimes and the threats they pose to free people—and we must struggle for the freedom of the more than one billion people held captive by these regimes.

Dr. Elizabeth Edwards Spalding is VOC Vice Chairman and the Founding Director of the Victims of Communism Museum. “Myths and misperceptions about communism routinely go unchallenged in our culture – including in our classrooms,” notes Dr. Spalding. “The necessity for such a museum cannot be more urgent, and our sincerest hope is that Americans and visitors from around the world will come here to both remember and to learn about this destructive ideology.”


The VOC website notes that “The Foundation was authorized in 1993 by a unanimous Act of Congress signed as Public Law 103-199 by President William J. Clinton on December 17, 1993.”

Visitors can purchase tickets and plan their trip at the museum website.

America Has Trump To Thank For Roe v. Wade Finally Being Overturned

‘Pharma Bro’ Martin Shkreli gets early release from prison, boasts about it in social...

Beijing May Have Tried to Discourage Canadians From Voting Conservative: Federal Unit