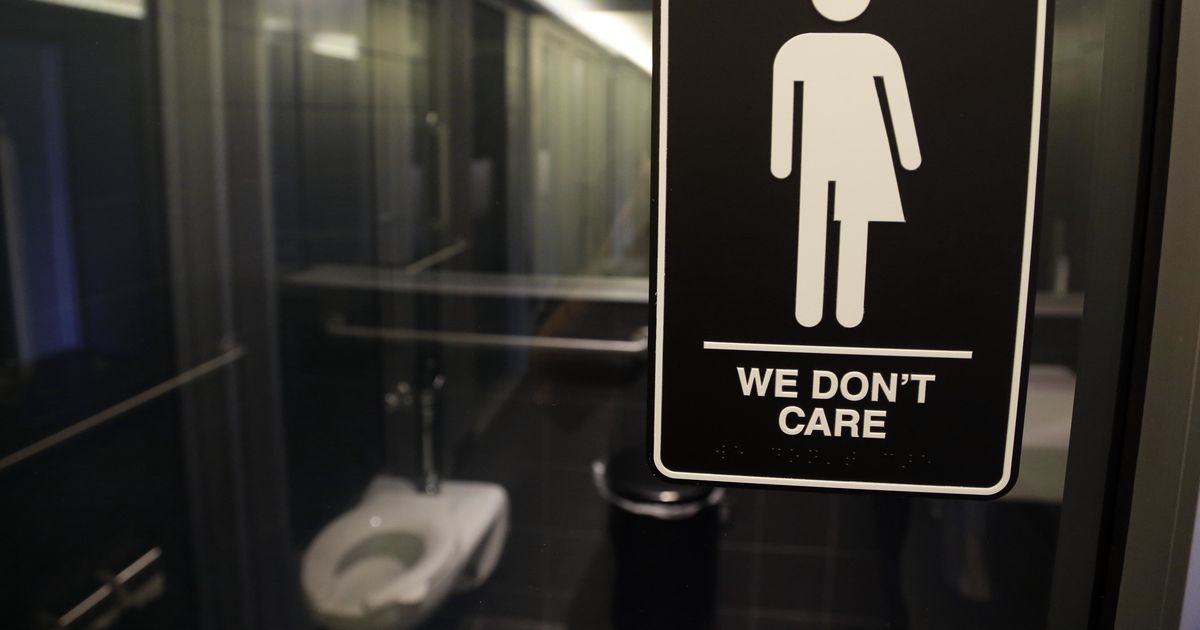 It appears that when it comes to incarcerating transgender people, the prison system in New Jersey isn’t very woke after all.

Prison officials in New Jersey tried their best to ignore reality by placing a transgender woman in a prison with real females. It didn’t work out so well.


After two real females were impregnated by the transgender woman, New Jersey prison officials woke up and decided to move the trans female to a facility more suited to zir anatomical, er, gifts: a male prison.

Twitchy asks, “How could something like this happen? We knew men could give birth, but we didn’t know women could get other women pregnant.”

A transgender inmate who impregnated two women while incarcerated at Edna Mahan Correctional Facility for Women has been moved to a new facility, according to the Department of Corrections.

He said the DOC moved Minor to the vulnerable unit at the facility and that she is currently the only woman prisoner on the site. Sperrazza said he could not comment on the DOC’s specific housing actions in Minor’s case because of policies around privacy.

But we’re all supposed to go along with it, including the butchering of the English language, so as not to be yelled at

No. A woman didn’t impregnate anybody. A man, who the authorities were stupid enough to put in a prison with women, impregnated those inmates.

When are we going to stand up and say enough is enough to this “transgender community”?


Thank you for that, Mrs. North. I believe you can be sympathetic to people who are afflicted with gender dysphoria while calling out the insanity they’re spouting. Overturning language conventions is evolutionary, not revolutionary. Simply deciding that we should start calling some men “women” and some women “men,” not based on any scientific precept or biological evidence but on the self-identification of individuals who, by definition, are afflicted with a condition that causes gender confusion, is illogical, unreasonable, and borders on insanity.

Transgenderism is a cultural affectation. I recognize that the underlying condition of gender dysphoria is real and people need to be treated for it. But we can’t revolutionize society because people are claiming to be something they clearly aren’t.

As it turns out, the New Jersey incarceration of Minor was an experiment — forced down the state’s throats by the ACLU.

It also cast a spotlight on New Jersey’s transgender prisoner policy established following a settlement agreement with the American Civil Liberties Union (ACLU) of New Jersey in June 2021. The policy stipulated that the DOC house transgender prisoners according to their gender identity. The settlement agreement mandated that the policy remains in place for at least a year. The year ended last month.

Sperrazza said the DOC continues to operate under the policy agreed upon with the ACLU but added that “the department is currently reviewing the policy for housing transgender incarcerated persons with the intention of implementing minor modifications.”

He said decisions related to an incarcerated person’s housing, like Minor’s, “are made within the parameters of the settlement agreement which requires consideration of gender identity and the health and safety of the individual.”


Once again we are forced to either acknowledge transgender people as unique and requiring special treatment or indulge their beliefs that they are not the sex they were born. Rather than allowing people who claim to be women to run in women’s track races and serve time in women’s prisons, perhaps there should be separate events for transgender females and special accommodations for transgender female prisoners.

Anything is better than the nightmare we’re living through now.

The Sweet Story of the Little Leaguer Who Was Hit by a Pitch Just...