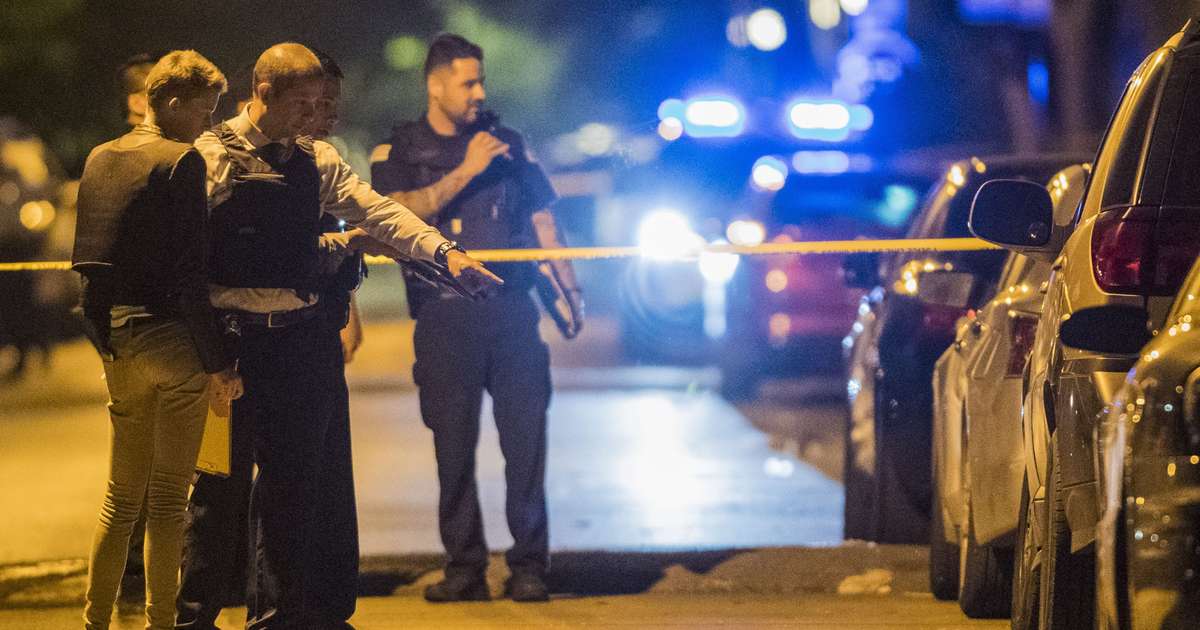 If you are among those still perplexed by the failure of the police in Uvalde, Tex., to respond decisively to the May 24 shooting at Robb Elementary School, recent news from Chicago may help you understand how it may have happened.

On Saturday afternoon, Chicago police received a Shotspotter alert that ten gunshots had been detected at 615 South California Avenue, on the city’s West Side. An officer monitoring the Shotspotter system accessed a camera in the area and saw that the shooters had exited a white Dodge Charger with a black hood. The three men returned to the car and drove off. The first officer to arrive at the scene found a man dead from gunshot wounds.

A further description of the Charger was broadcast to officers, including its license number. The car was reported stolen, and hours earlier it had been involved in a shooting in which no one was injured.

Eight minutes after the initial report of the shooting on California, patrol officers in the nearby Lawndale neighborhood spotted the Charger and tried to pull it over. The Charger sped off with the officers in pursuit. When the Charger sped west into the neighboring town of Cicero, a Chicago P.D. sergeant instructed the officers to terminate the pursuit. As of this writing, the murder suspects have not been arrested.

Chicago is more than a thousand miles from Uvalde, but it is no less affected by the type of sclerotic, risk-averse management philosophy that allowed hundreds of cops to stand by outside that unlocked classroom door while children and teachers bled to death inside.

Had the Chicago pursuit been allowed to continue, it may have resulted in a traffic collision and injury or death to the suspects or uninvolved parties, an outcome for which the monitoring sergeant might have become the target of official discipline and public opprobrium. Unwilling to bear this risk, he ordered the pursuit to be abandoned, this despite the fact that the Chicago P.D. pursuit policy did not demand it.

Johnny Depp Might Have Won His Court Case, But He’s Still No Hero


People may debate the wisdom of engaging in vehicle pursuits stemming from non-serious offenses, and they may debate where the line should be drawn when defining crimes serious enough to warrant a pursuit. Should we chase for robbery but not burglary? For rape but not for some lesser level of sexual assault? Fine, have that debate and draw the line where you will, but can we not agree that murder should fall into the category of crimes that allows officers to pursue? Even allowing for the risk of a traffic collision, how safe are the residents of a city where it is known that you can kill someone but avoid arrest simply by driving away?

One provision of the Chicago pursuit policy states that “[t]he Department will not discipline any member for terminating a motor vehicle pursuit.” So, when those three murder suspects go on to kill again — and why would they not, having been shown there are no consequences? — the timorous sergeant will not be blamed, at least not in any official sense. But the officers in his command, indeed officers throughout the department, will know he was the one who let the killers get away, and no matter where he may transfer or how high he may promote over the course of his career, his courage and judgment will be forever suspect.

I’ve been writing about this trend toward timidity in police work for years (most recently here), and the trend seems to have accelerated since George Floyd’s death in Minneapolis two years ago. Police officers seeking to advance within their departments know the next promotion can be scuttled by even a whiff of controversy, so they conduct themselves so as to avoid any incident where things might go wrong. This strategy is successful for many, and as I look over the current roster of Los Angeles Police Department command staff, I see several who I knew as patrol officers or newly appointed sergeants. Some of them had a pattern of being the last to arrive at a hot call (if they arrived at all), and I note that one of them is now the commanding officer of the same division where, while assigned there as a new sergeant years ago, she wouldn’t have left the station if it was on fire.

Timidity breeds timidity, mediocrity breeds mediocrity, and in police departments it all leads to higher crime and the deaths of innocents. In police work, the price of inaction is most often paid by others.

Ukraine Has Soured the European Union on China