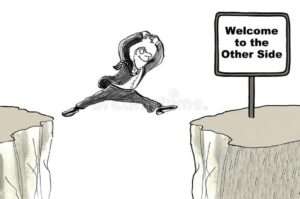 In an interesting recent Marginal Revolution post, my George Mason University colleague, economist Tyler Cowen, argues that we overemphasize beating the other side in political conflicts, while simultaneously neglecting the alternative strategy of “making the other side better”:

So many political strategies are centered around “beating” the other side(s), and claiming victory over their defeat.  For evolutionary reasons, it is easy to see why these attitudes might have won out.  Yet in general those approaches are a sign of a narrow vision.  Beating the other side is a possible strategy, but it should hardly be the only strategy you attempt, even if we forget about the “you might be the one who is wrong!” worry.

Quite simply, a lot of the time you never beat the other side, though over time the terms of the debate do shift ground.

It is remarkable how few people pursue this strategy….

[T]he unpopularity of this strategy once again suggests that politics isn’t about policy, in this matter it is more often about internal norms of group solidarity and intra-group status.

Many of Cowen’s points here are well-taken. It is indeed true that total victory is rarely possible in politics. And it is also hard to deny that much political discourse is really about signaling “group solidarity,” indulging various cognitive biases, and other things that have little connection to improving policy. He’s also right that “improving the other side” should be an important objective.

At the same time, I think he overstates the extent to which that strategy is neglected. If “improving the other side” means getting them to move closer to your own (correct!) positions, there are many examples of people and movements that have sought to do exactly that.

It’s important to recognize that beating the other side and improving it aren’t always mutually exclusive. The former can often facilitate the latter. If your side’s policies turn out to be political winners, that may well incentivize the other side to adopt them, or at least stop opposing them. A famous example is the political success of many of FDR’s New Deal policies, such as Social Security. After they helped the Democrats win numerous elections, most Republicans came to accept them. When the GOP finally recaptured the White House in 1952, after five straight defeats, it was with a president (Eisenhower) who accepted most of the New Deal, even if sometimes grudgingly.

Later, one of the great triumphs of Ronald Reagan in the US and Margaret Thatcher in the UK was that opposing parties ultimately acceded to many of their policies. Bill Clinton’s New Democrats and Tony Blair’s New Labor were politically successful in the 1990s; but they had to accommodate many of Reagan’s and Thatcher’s innovations in order to win. Much of what was “new” in their platforms was actually implicit acceptance of aspects of Reaganism and Thatcherism.

Most recently, Barack Obama’s greatest success may be the way in which the Affordable Care Act has gradually been accepted by Republicans. After years of seeking to “repeal and replace” Obamacare, such calls for repeal were noticeable by their near-absence in the 2020 election cycle, and this year, as well. Few Republicans even call it “Obamacare” anymore! Why did that happen? It’s pretty obviously because the issue eventually turned out to be a political loser for the GOP.

A ‘back to school’ moment for your finances

“Making the other side better by beating them” won’t always work. Some policies have greater potential for widespread popularity than others. And it’s worth emphasizing that the policies that do prevail in this way aren’t necessarily good. Thanks in part to widespread political ignorance, the correlation between popularity and quality is often tenuous, at best. I myself am no fan of either the New Deal or the ACA, despite recognizing their political success. Still, this is a strategy that pays huge dividends when it does work.

Another common strategy for “making the other side better” is to appeal to them in terms of their own values. A policy associated with the left might be defended on the basis of right-wing values – or vice versa. And either can sometimes be justified in terms of widely shared commitments that cut across political lines.

I have previously written how such appeals were crucial to the remarkable recent success of the same-sex marriage movement, and before it the abolitionist, civil rights, and women’s rights movements. As far back as the time of the Revolutionary War, opponents of slavery argued that abolition was a necessary implication of America’s founding commitments to liberty and equality. Frederick Douglass later made similar arguments, as did Martin Luther King in his calls for ending segregation.

I am no Douglass or King. But, in my own writings, I too often try to make use of arguments rooted in broadly shared values or those associated with the other side. In my book Free to Move,  I defend expanding migration rights and other “foot voting” opportunities in part on the basis of conceptions of political freedom associated with the political left, such as “non-domination” and John Rawls’ theories. I deliberately avoided relying primarily on distinctively libertarian ideas. I have also argued that dropping migration restrictions advances conservative values of meritocracy and color-blind government free of ethnic or racial favoritism.

Similarly, in my work on property rights issues, I have emphasized how tight restrictions on the use of eminent domain and exclusionary zoning can be justified from the standpoint of a wide range of both left and right-wing values and constitutional theories. Racial justice as well as property rights; living constitutionalism as well as originalism. And I am far from the only one who makes efforts of this kind.

The strategy of appealing to the other side’s values has its limitations. Doing so effectively requires some depth of understanding of what those values really are. Many participants in political debate often fall short of that, myself included.

In some cases, such appeals are simply impossible because the gap between the two sides is too great. For example, I cannot plausibly defend broad migration rights from the standpoint of ethnonationalist theories holding that a particular racial or ethnic group are the true owners of a particular nation, and thereby have a right to exclude others. My only realistic option is to just argue that ethnonationalism is wrong (which is what I do in Chapter  5 of Free to Move). Similarly, I probably cannot hope to defend strong private property rights from a socialist standpoint. I have little choice but to urge people to reject socialism entirely.

But appeals to shared values – or even values unique to the other side – are often a promising strategy. They have been very successful in combating slavery, racism, and homophobia, and could be so in other situations, including migration rights. And, despite Cowen’s fears, such appeals are far from absent today. I see them regularly in debates over a wide range of issues, including criminal justice reform, gun rights (both sides emphasize the protection of innocent life), abortion (both sides appeal to widely shared values of life and liberty), and much else.

‘Dominoes are starting to fall!’

Why People Are Losing Faith In Public Institutions