On Friday, Joe Biden backtracked on his Thursday night Il Duce impression like a hungover frat boy slowly recalling the events from the previous evening’s bender. At the same time, information came to light that the federal government had stepped on another rake.

According to the Wall Street Journal, the IRS stated that it accidentally and “briefly” posted the information of 120,000 taxpayers online. The data, which is supposed to be confidential and protected, is from the 990-T form. According to the IRS website, the form is to be used for some non-profit organizations, and that 990-T information is not protected. But it is also used by individuals to report income from some retirement account investments. That information is not for public consumption. The files were downloadable while they were on the site.

Regarding the incident, the agency stated that it took immediate steps to correct the problem by removing the files and replacing them with updated ones, and will work with the users of the files to ensure that the mistake will not be repeated. The statement also included the following:

The IRS is required to publicly disclose this information for 501(c)(3) organizations; however, similar information was inadvertently published for a subset of non-501(c)(3)s, which are not subject to public disclosure. However, the data does not include Social Security numbers, detailed account-holder information or individual income tax returns (Forms 1040). In some instances, the data does include individual names or business contact information.

The Journal reports that the mistake happened last year and was recently discovered. The paper quoted a letter to lawmakers from Treasury Department’s acting assistant secretary for management Anna Canfield Roth stating: “The IRS is continuing to review this situation. The Treasury Department has instructed the IRS to conduct a prompt review of its practices to ensure necessary protections are in place to prevent unauthorized data disclosures.”

On the face of it, this may not seem like a major development. After all, details like Social Security numbers were not leaked. No harm, no foul, right? But this incident happened a year ago, the IRS started working on it a few weeks ago, and we are just finding out about it now. The Journal also notes that the agency has an outdated IT system, that the first round of new hires will handle phone calls and customer service duties, and that enforcement and technology improvements will come later.

Just the same, the above incident illustrates the fact that the IRS, even in its most benign incarnation, has become a complicated and bloated behemoth. Hell, I didn’t even know there was a 990-T form until today. Instead of sending taxpayers down a maze of laws and forms during the year, and to the Scotch bottle during the tax season, maybe it is time to streamline the agency and make better use of the manpower they have before adding 87,000 new agents. Of course, I kid, I kid! The government never shrinks, it only grows. This time it was watered with $80 billion of — you guessed it — your tax money. Hopefully, they use that money to hire someone in the IT department that can do more than “try turning it off and on again” instead of people who may need to use deadly force. 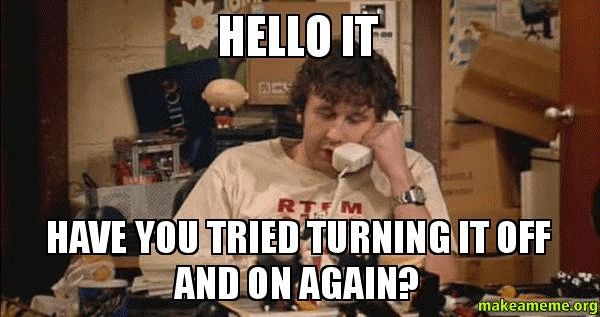 FirstFT: Singapore vows to be ‘unrelentingly hard’ on crypto

White House doubles down on its ‘reversed course’ claim about Florida and the pediatric...