Rishi Sunak backed Boris Johnson on Monday, while denying that he had timed the announcement of his £15bn cost of living package in order to help the prime minister stay in office.

Pressed by MPs on the Commons Treasury select committee, the chancellor said he did not believe Johnson should resign. He also rejected the views of senior Conservatives such as former Treasury minister Jesse Norman and John Penrose, the government’s anti-corruption tsar, who had both withdrawn their support for the PM earlier in the day.

“I disagree and support the prime minister,” Sunak said. The chancellor, viewed until recently as one of the most plausible contenders to replace Johnson in Number 10, was repeatedly asked why he had announced measures to help households with soaring energy bills just a day after the publication of the Sue Gray report into Downing Street lockdown parties — rather than include them in his Spring Statement, or wait until the next formal update on fiscal policy in the autumn.

Rushanara Ali, a Labour MP, said the timing was “clearly an attempt to divert attention from law breaking by the prime minister” and that while the measures were welcome, it “spoke to a wider problem” of a government “playing fast and loose” with decisions that required proper scrutiny.

Sunak said that by waiting it had been possible to obtain a better idea of how much energy prices would rise in the autumn, and so gauge the level of support needed — while still making sure that support reached vulnerable households swiftly.

Some economists have warned that the fiscal package could further fuel inflation, forcing the Bank of England to raise interest rates more abruptly. But the chancellor maintained that the injection of cash into the economy would have a “minimal” impact on consumer prices, because it was targeted primarily at vulnerable households and would not fuel additional discretionary expenditure.

While he would not rule out further fiscal support if the strains on households worsened, he said the measures now in place were “significant” and would “provide the support people will need”. 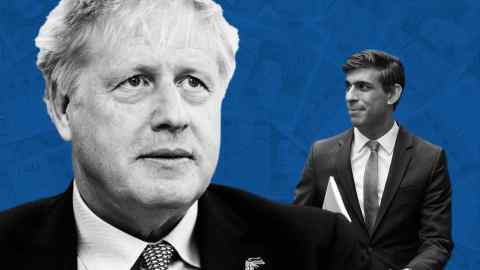 Sunak said it was not yet clear how much government borrowing would need to increase in order to fund the package. The new energy profit levy on oil and gas companies is expected to raise around £5bn over the next year but Sunak said he was also “working urgently” with electricity generation companies to understand the scale of their “exceptional profits” and extend the levy to the sector — a decision more likely to come within weeks than in “months and months”.

Asked when the windfall tax on oil and gas companies would be phased out, Sunak said that in normal times, benchmark oil prices were usually in a range of around $60-$70 a barrel. The levy would end automatically in three years but “if prices come back to the range I’ve discussed, I would expect this to fall away sooner,” he said.

Treasury analysis suggests the levy will not hit investment in the North Sea — and could have a positive impact, Sunak argued, because companies would be able to claim upfront relief on projects that would only generate profits later. However, this was subject to scrutiny by the Office for Budget Responsibility, the independent fiscal watchdog, he added.

Richmond Art Museum’s ‘Whistler To Cassatt’ Show Is Another Triumph