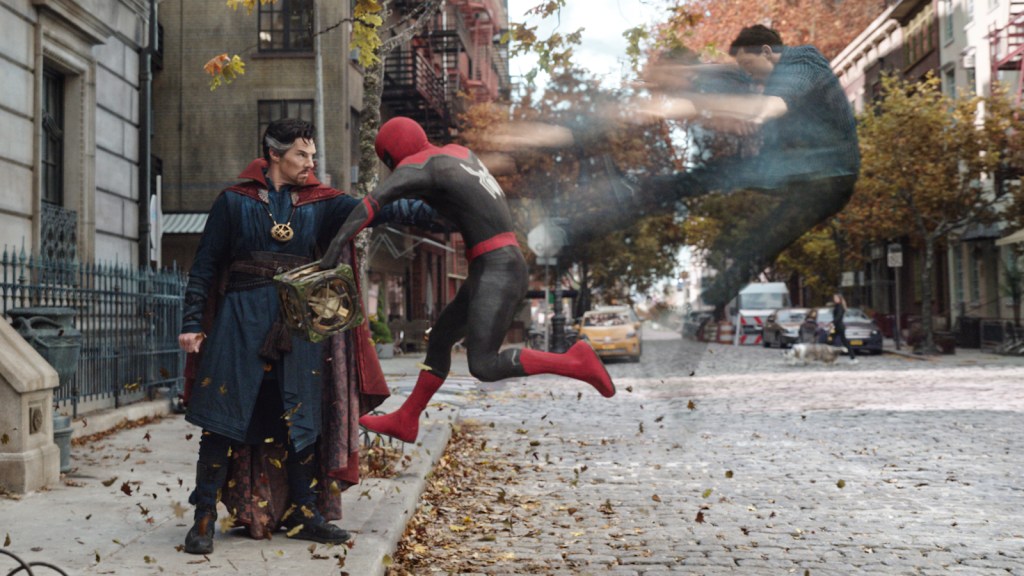 “Spider-Man: No Way Home” indicated Monday with a new Chinese poster that it could soon hit Chinese screens — which would make it the first Marvel Cinematic Universe Phase Four film to pass censorship and screening approvals so far. The film, set to debut only in theaters, hasn’t yet set a formal China release date.

The news comes as fellow Phase Four title “The Eternals,” from China-born director Chloe Zhao, kicks off its theatrical run in other territories but still has offered no indication that it will ever release in the world’s largest film market. At issue appears to be a since-deleted comment Zhao made in an interview to the U.S. film press nearly a decade ago which nationalist critics deemed offensive to China.

“No Way Home” has begun courting China via Sony’s first official poster, to the great excitement of fans scouring the image for fresh hints of what to expect from the title. The highly anticipated sequel to 2019’s “Spider-Man: Far From Home” should play strongly in the Middle Kingdom, where viewers are huge Marvel fans and have previously come out for the web-slinger’s films in droves.

“Far From Home” grossed $199 million in China, by far its strongest overseas market.

Given the typical level of China sales, the inability to release in China has been a huge blow to this year’s Marvel line-up. In recent months, “Black Widow” and “Shang-Chi and the Legend of the Ten Rings” have both failed to make it through China’s gatekeepers. Sony’s “Venom: Let There Be Carnage” sequel also has yet to set a release date, despite debuting stateside Oct. 1.

Starring Tom Holland as Peter Parker and directed by Jon Watts, ”No Way Home” tells the story of what happens when the superhero is unmasked and can no longer keep his normal life separate from his masked one.

The George Nolfi-directed, co-written and produced drama “The Banker,” starring Samuel L. Jackson, Anthony Mackie and Nicholas Holt, also announced Monday that it will be hitting Chinese theaters on Nov. 26.

HURRY! Garmin Fenix 6 is at its lowest price at Amazon in early Black...