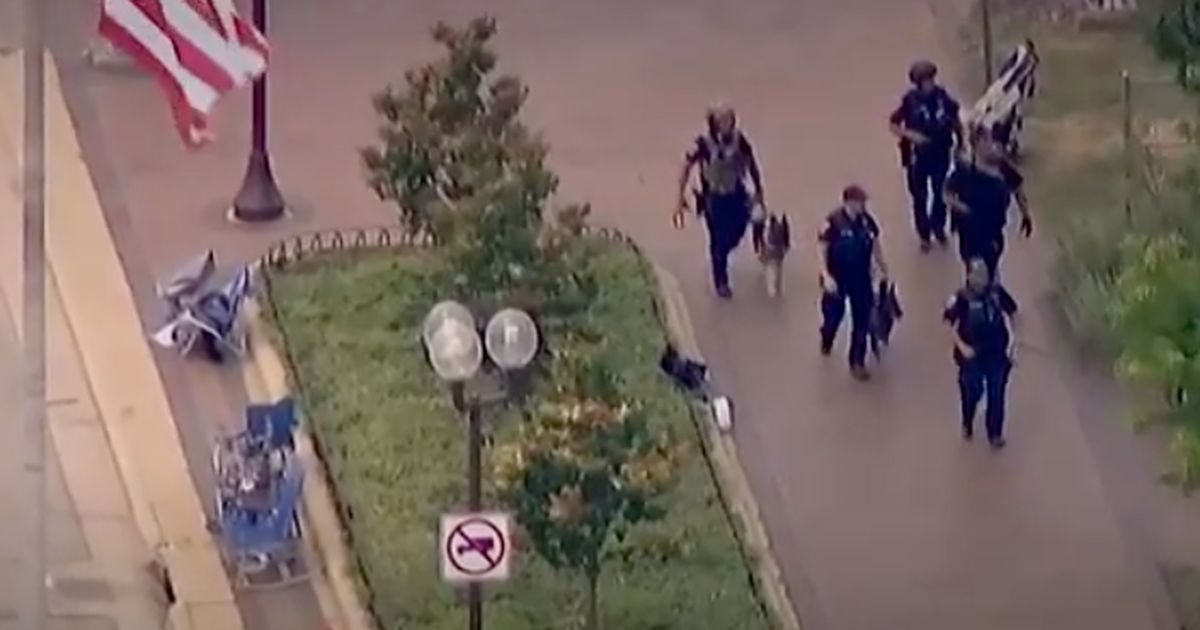 Editor’s Note: The first information about the suspect is in:

First look at the Fourth of July shooting suspect in Chicago. Police say Robert Crimo is still on the run. pic.twitter.com/sg0kLBcEPd

The police say that six people were killed and 24 were wounded by an unknown gunman who is still at large.

People fled for cover following reports of a shooting at an Independence Day parade in Highland Park, Illinois on Monday. The Lake County Sheriff’s Office said they were assisting police in responding to the shooting in the north Chicago suburb. pic.twitter.com/x4Q05pWjZA

As the States Grapple With a Post-Roe Electorate, Flawed Premises Do Nothing to Facilitate a Real Conversation – RedState

The shooter was described as “a white man between 18-20 years old with long black hair, who was last seen wearing a white or blue shirt,” according to the Chicago Tribune.

The shooter, who police said began firing from a nearby rooftop, had not been caught or identified as of Monday afternoon, and the area around the parade route remained an active crime scene, according to Lake County Deputy Sheriff Chris Covelli. He urged people to stay in their homes and be careful.

“This person is not identified. By all means, at this point, this appears to be completely random,” Covelli said.

Highland Park police were called to the parade route in the area of Central Avenue and 2nd Street around 10:15 a.m. for a report of an active shooter, ”while an Independence Day Parade was in progress,” according to a statement from police.


With the shooter in the wind, no motive could be determined. Highland Park is a mostly white and Jewish suburb with a low violent crime rate and good schools.

A purely personal opinion? It smells political. Fourth of July, white and Jewish families, a “soft target” for anyone. Also, the rooftop sniper’s perch suggests planning and purpose.

Everything Is Gay Including the Viruses