Many people rely on running and other sports to lose weight. However, exercise is not necessarily a panacea for weight loss, and it may even make people fat.

In 2015, the Journal of Strength and Conditioning Research published a study, in which 81 obese women did aerobic exercise for 12 weeks, while keeping their original diet during the process. The study discovered a strange phenomenon: at the end of the 12 weeks, 70 percent of the participants had an increase in body fat.

Some of the participants’ weight increased 10 pounds, and the increase was mostly in body fat, not muscle mass.

In fact, a large number of studies have similar findings: when relying on exercise to lose weight, some people do lose weight, while many others’ weight actually increases or remains the same.

Current research can shed some light on this phenomenon, of which there are at least three facets:

Mizuno Masato, a well-known Japanese diabetes doctor, mentioned in his book “The Fat-Burning Diet That Can Reduce 14 kg of Visceral Fat Within One Year” that if someone continues to do aerobic exercise for a long time without having enough protein intake, it will reduce his muscle mass and cause his body to become more prone to gaining body fat.

For instance, many people only eat vegetables and fruits, in order to reduce the caloric content of their meals, resulting in insufficient protein intake.

Protein intake also has a benefit, which is to increase the consumption of calories and fat burning after exercise.

The Journal of the International Society of Sports Nutrition published a study in 2018. In the study, all the participants did the same moderate intensity aerobic exercise. Those who consumed whey protein or casein protein before exercise had significantly higher post-exercise resting energy expenditure (REE) values compared to those who consumed carbohydrates (maltodextrin) before exercise and those who did not eat anything. Also, the first group burned more fat. The REE value represents the amount of calories that need to be consumed throughout the day without moving, and the higher the value, the better it is. 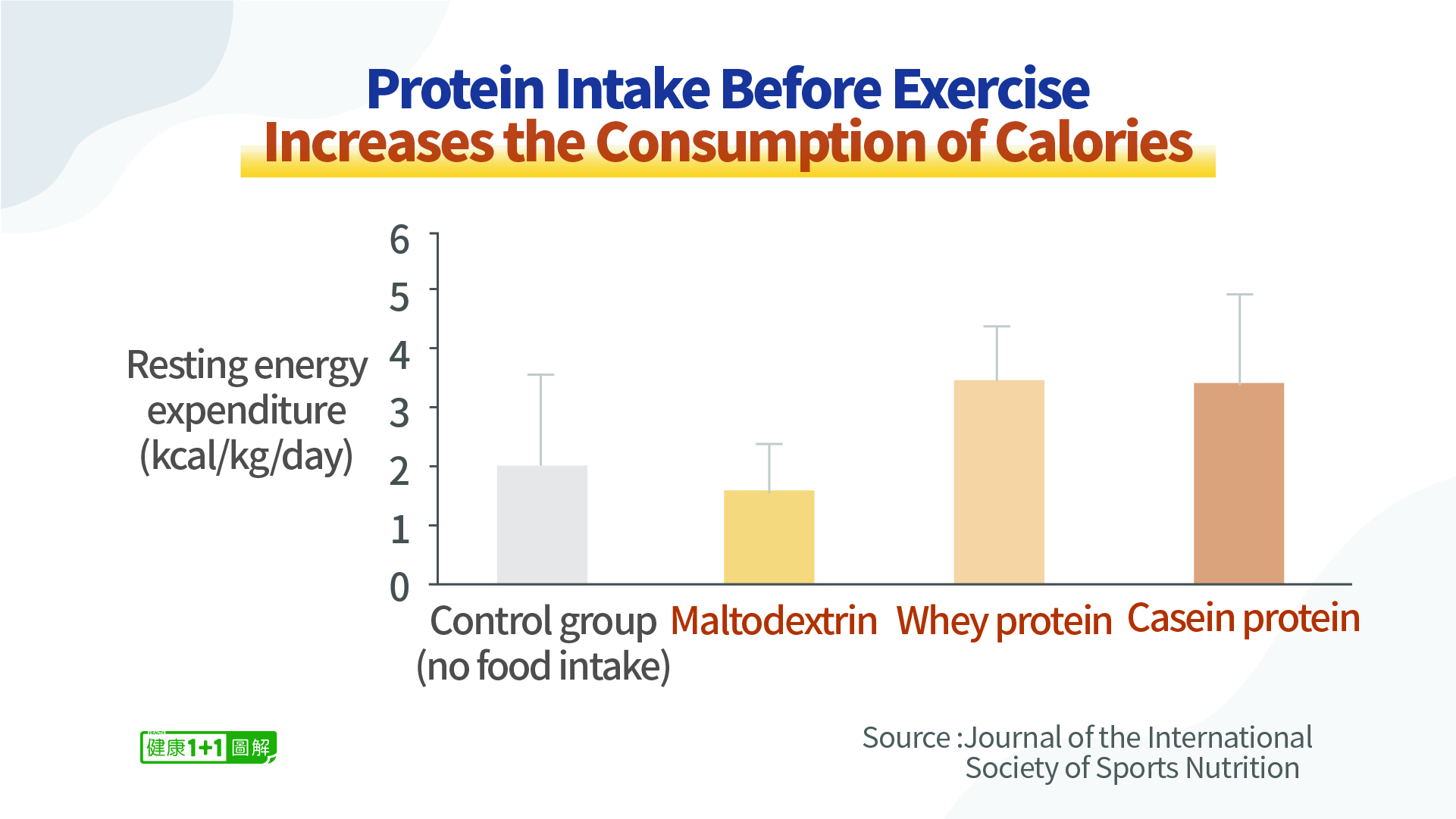 The study also found that people who did not eat anything did not burn more fat during or after exercise than those who consumed carbohydrates or protein before exercise.

Eating Too Much After Running Offsets the Effects of Exercise

Some people want to “compensate” themselves after exercise, so they eat more than they usually do, or they remain sedentary the majority of the rest of their time, thus offsetting the caloric consumption of exercise.

A 2010 study from Canada showed that people tend to overestimate the amount of energy they use during exercise.

These participants estimated their exercise energy expenditure to be three to four times greater than their actual consumption. When participants were asked to eat food to compensate for the energy spent during exercise, they took in two to three times the amount of calories consumed during exercise.

As mentioned by Mizuno, the loss of muscle mass will cause the body to become more prone to gaining fat. The increase in muscle mass can increase the basal metabolic rate, burn body fat effectively, increase bone density, and make the body prone to losing weight.

However, as we age, we lose as much as 3 percent to 5 percent of our muscle mass every decade after age 30. What should we do? The only way to effectively increase muscle mass is to do weight training.

A study was conducted in 2017 on the weight loss results of different types of exercise. Its final recommendation was that under the condition of dietary calorie restriction, aerobic exercise must be combined with resistance exercise to achieve the results of fat loss and weight loss, while avoiding muscle loss.

Christel Oerum, personal trainer and founder of Diabetes Strong, points out that when you do only aerobic exercise to lose weight, you usually lose both fat and muscle mass, especially if you also restrict your caloric intake. While resistance exercise doesn’t burn as many calories, it can build muscle mass, increase metabolism, and at the end of the exercise, continue to burn calories.

Therefore, she recommends a combination of aerobic training and resistance exercise to lose weight and manage weight long term.

Also, let’s not forget protein intake. Protein is the main material for building our muscles, and consuming sufficient protein can promote muscle growth.

Volvo dips in to Europe’s ‘seized up’ bond markets

The Ugly, Dirty, Nasty Truth About the Effort to Trans Children – RedState