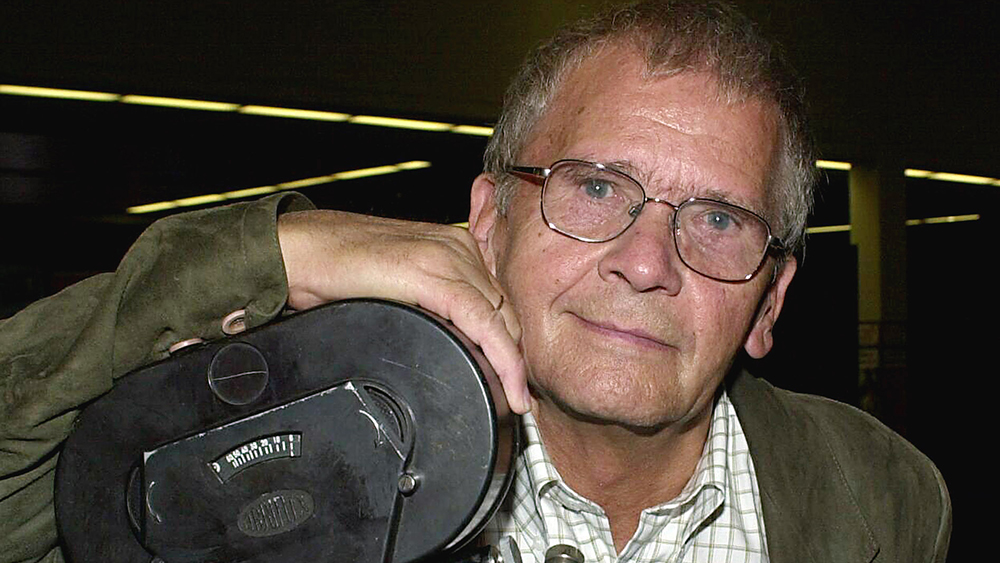 Jost Vacano, honored with a lifetime achievement award this year at the EnergaCamerimage cinematography fest, had his career breakthrough working with director Wolfgang Petersen on the 1981 hit film “Das Boot,” which signified a major success for German cinema. International critics praised the extraordinary innovations of Vacano’s filming, which faithfully recreated the claustrophobic confines of U-boat combat in World War II. To film in the tight, restricted spaces of a submarine, he developed a gyro-stabilized hand-held camera system, which allowed for high mobility – an innovation widely used today. For his “dynamic, disturbing cinematography” in “Das Boot” he was nominated for an Oscar in 1981, then worked with Petersen again on the cult fantasy “The Neverending Story” in 1984.

How do you feel about the directions filming has taken in recent years in terms of such lightweight 4K digital cameras? Is there still some magic to the analog film process that you can detect and prefer?

Shooting has become much easier compared with the workload handling the heavy twice gyro-stabilized “JostiCam” on “Das Boot” – no such physical artistry anymore. There are new possibilities of image manipulation, more freedom to overcome the limitations of analog chemistry. In the old days, I was the first person watching the film and evaluating my work just in my viewfinder. That magic got lost. Now cinematographers have to deal with a crowd discussing our images in the video village.

What were the lessons for you in filming “Das Boot,” which required extreme limitations on camera moves and long close-up takes? Did this shoot make you more receptive to this style of shooting?

Reduced camera weight and size by using 200-foot Mags was one lesson, plus short focal fixed lenses (18-50mm) and a custom-built Bowden-type remote focus-control. Intensive practical and physical training was needed for controlling the “inner life” of the gyros and their heavy load.  It was not unlike a Steadicam, which was unusable in that cramped U-boat environment.

You’ve said about this film that you wanted to have viewers feel as if they were seeing war with their own eyes – experiencing the blood, sweat, blasts and shadows. How did this goal determine your approach?

In opposition to the original expectations of the producers and the director Wolfgang Petersen, which was to achieve a traditional Hollywood look necessary for the worldwide success of this expensive film, I had to convince them with my completely contrary idea of shooting it like a realistic documentary with a handheld camera and using lights from a boat shop, against all conventions – and thus have a chance for a particular appeal. My idea was to involve the audience into the story, like it’s seen from the eyes of the young war correspondent in the film, trapped together with 50 other people in the claustrophobic narrowness of this war-time submarine.

What did cameras need at the time to be able to shoot in those narrow U-boat confines?

The movements with the JostiCam, obviously restricted by a set with no removable walls, were free so I could move around and jump through the small openings like any person in the scene. The camera was just a part of my body and not extending past my outline at all. With this handheld documentary-style shooting, the audience should feel like they’re trapped in there themselves. Finally my ideas worked well and led to the worldwide success of “Das Boot” and an Academy Award nomination for myself.

It’s a pretty high bar for a DP to develop entirely new technology as needed, isn’t it?

DPs from the start should have their own vision of the visuals of their films. Sometimes it goes easily and conforms with the director’s vision – then it’s fine. But sometimes you have to convince them and you may win. Or you really get convinced yourself by a strong director and you can do it their way – also fine. Or come to an acceptable compromise and have your paycheck in mind.

That’s the freedom of artists, as we cinematographers are. So we should be accepted as authors of our work, “above the line,” and thus co-authors of our films. As a consequence, DPs should also participate on the financial outcome of our films and be entitled to royalties, as is common practice already in Germany. You may have heard about my 14-year successful lawsuit for a fair share of the profits on “Das Boot.”

What kind of design modifications have you sought from ARRI to make its cameras more useful or easier to use for DPs?

Many changes in the design of the 35 BL-series and the development, or of the Arriflex IIIc for shooting “Das Boot” with its swiveling viewfinder and single PL-mount.

Paul Verhoeven held you in high regard – how were you able to help shape the visuals of films like “Total Recall” or “RoboCop”?

Just with fantasy, professionalism and friendship.

Which were your favorite projects with him and why?

Starting with films in the Netherlands like “Soldier of Orange” and leading to films in the U.S. like “Robocop,” “Total Recall,” “Starship Troopers” and “Hollow Man” – or the Golden Raspberry-awarded “Showgirls” (nevertheless it was fun to shoot). We had a perfect understanding between us and were always on the same side of the line. Good companions.

Verhoeven seems to have a deep visual fascination with the human body in all of its permutations. How did this shape your work with him on films like “Showgirls” or “Hollow Man”?

War, fighting and sex are the essentials of life – that’s Paul’s interpretation. Why should they be hidden in films?

What for you is most important in creating the look and feel of a sci-fi story like “Total Recall” – and in building a new world for the audience?

It shouldn’t be earthlike, just fantasy! And when you read a really good script you will feel the answer already in your stomach. And have a look into the budget beforehand.

What is the main value an experienced DP can bring to the production process in helping the director to realize a powerful vision?

When it is your vision too, use your professionalism to overcome problems, make it work, and fight for it! You are the second-most important person after the director on the set (besides some actors, of course).

What were some of the toughest shooting days you can recall and how did you handle them?

On “Total Recall” I had multiple automatic guns firing direct in my camera, “protected” just by a Plexiglass shield. When looking through the lens, attracted by the (hopefully) beauty of the shot, you ignore the danger. Often I filmed in my early years sitting on an improvised rack outside a car window, deeply hoping the actor-driver would not forget this “extension” outside. I was just focused on my images. I often ignored risks to myself in those old days in Germany, operating the camera myself.

No risk, no fun, right? But we should all honor Halyna Hutchins these days – fatally shot in an accident recently on the set of “Rust.”

Europe once again at centre of Covid pandemic, says WHO

Tourists in Asia Navigate a Patchwork of Policies