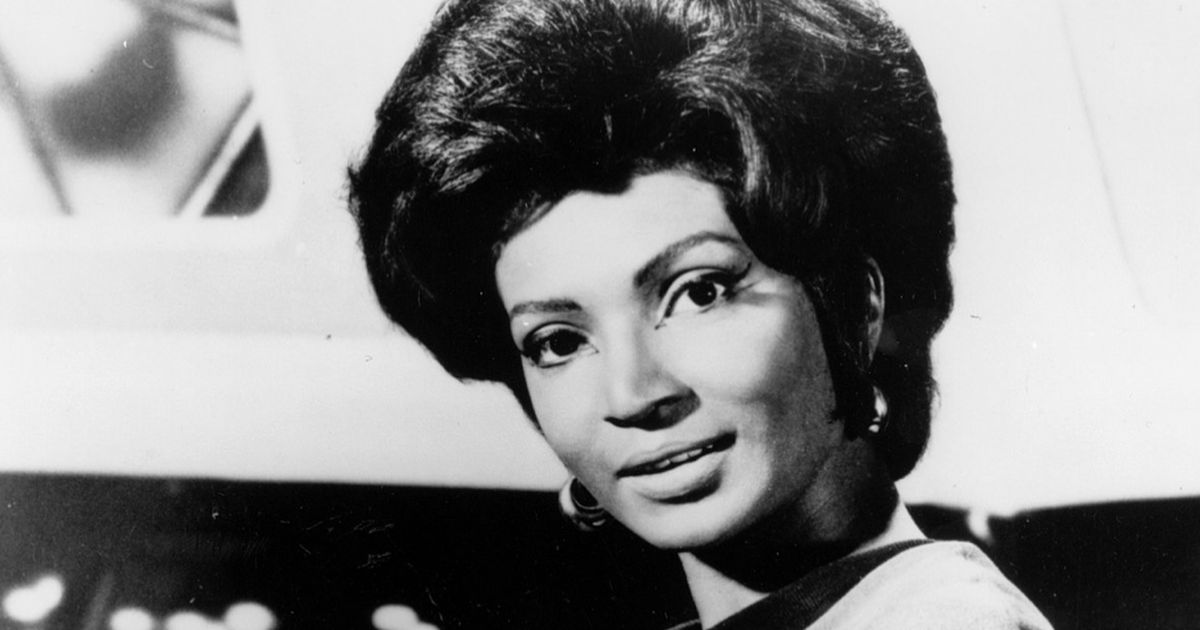 On September 8, 1966, my Dad and I rushed home from the office to see the first episode of the new SF series Star Trek. That first episode, The Man Trap, cold-opened with the USS Enterprise in orbit around a pastel-red planet, and cut to the Bridge, with Spock in the command chair, a Japanese man with a name from the Philipines at the helm, and an attractive young black woman at the navigator’s station.

Spaceship? Cool. A greenish first officer with pointed ears? Cool! (And how did pointed ears become a trope? It wasn’t just Spock….)

I was an 11-year-old in Colorado; I had had Japanese friends since I could remember, and I had only seen one black person I could remember, a classmate at Adams State University. Nothing about the casting struck me odd, and no one around me mentioned it. It wasn’t until years later that I found out a black woman as a regular character in a series was a milestone.

Nichols as Uhura was a key character, and all the jokes about opening hailing frequencies started in this episode when Uhura says, “Mr. Spock, sometimes I think if I hear the word ‘frequencies’ again, I’ll cry.”

She wasn’t very happy after the first season; too many “frequencies” I suppose. She had already been a successful singer, dancer, and actress in musical theater, and was being approached for Broadway.

Famously, Dr Martin Luther King Jr asked her not to quit. According to NPR, Dr King introduced himself as her “biggest fan,” and when she said she was thinking of leaving the show, King said she couldn’t.

“Don’t you understand what this man has achieved? For the first time, we are being seen the world over as we should be seen. He says, do you understand that this is the only show that my wife Coretta and I will allow our little children to stay up and watch.”


That set the course of her career. Although she did movies in the Star Trek universe and out, as well as television and musical theater, Uhura became the best-known role for which she was remembered. She also was active as a spokeswoman for NASA.

Nichols had a small stroke in 2015, and then was diagnosed with dementia in 2018. After that diagnosis, she retired from public appearances.

Her last few years were marred by a running dispute and lawsuits among her manager, her son Kyle Johnson (by her first husband, Foster Johnson), and a friend, Angelique Fawcette. These lawsuits continued, apparently up to her death.

She died in Silver City, New Mexico. She was 89 years old.

Who Made Bobby Crimo? – The American Conservative