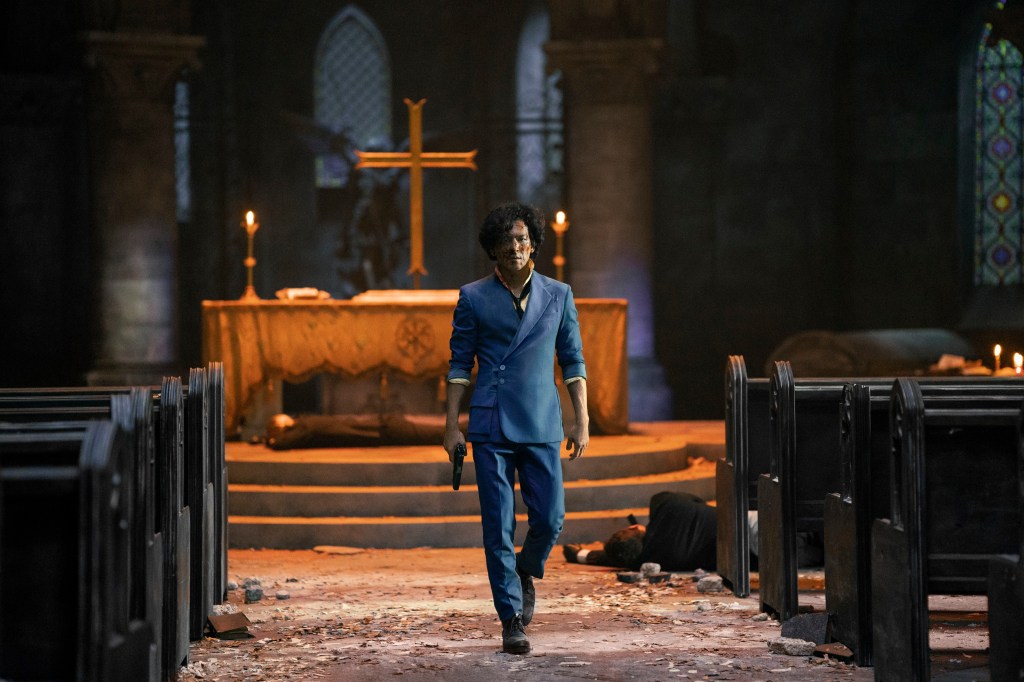 Netflix has released the official trailer for the upcoming “Cowboy Bebop” live-action adaptation, offering a glimpse into Spike Spiegel’s mysterious past.

Based on the late ‘90s anime series of the same name, “Cowboy Bebop” stars John Cho as Spike, a bounty hunter who leads a team throughout outer space to hunt down criminals. Throughout it all, Spike and his fellow hunters Jet Black (Mustafa Shakir) and Faye Valentine (Daniella Pineda) try to escape dark pasts of their own. Alex Hassell stars as Spike’s ex-partner and current nemesis Vicious, while Elena Satine plays Julia, the femme fatale who forms a love triangle between Spike and Vicious. Among other recurring guest stars, Tamara Tunie plays Ana, the owner of a club on Mars who acts as a surrogate mother to Spike.

“What brings you back from the dead?” Ana asks in the trailer, speaking in a low voice over the slow jazz playing in her club. “Will I ever see you again?”

“They tried to kill me, Ana. If you need to find me, I go by Spike Spiegel these days,” Spike responds, before the trailer kicks into upbeat scenes of the team strategizing, flying spaceships and threatening their enemies and each other, all while Cho sports the giant hair of the original anime character.

“Cowboy Bebop” premieres on Netflix Nov. 19. Watch the trailer below.