Nestlé pushed up prices for its products 6.5 per cent in the first half of the year, as the world’s largest food company became the latest group to demonstrate the impact of inflation on consumers’ wallets.

The price rises for foods including KitKats, Maggi noodles and Purina pet food failed to deter consumers from buying Nestlé products, enabling the group to increase sales volumes 1.7 per cent. This brought like-for-like net sales growth to 8.1 per cent and prompted the group to raise sales expectations for the year.

But the Vevey-based company said its margins had been dented by rapid increases in input costs, with underlying trading operating profit margin shedding 50 basis points to 16.9 per cent, “reflecting time delays between cost inflation and pricing actions”.

It said margins for the full year would come in at 17 per cent, the lower end of a previously forecast range of 17 to 17.5 per cent.

The company follows peers including Kraft Heinz, Danone and Unilever in reporting steep price increases to its customers and raising expectations for the year. Consumers appear to have largely absorbed higher prices for staple supermarket products while cutting down spending in other areas such as clothing.

Nestlé said it expected like-for-like net sales growth of 7 to 8 per cent for the year, up from a previously indicated rate of 5 per cent. 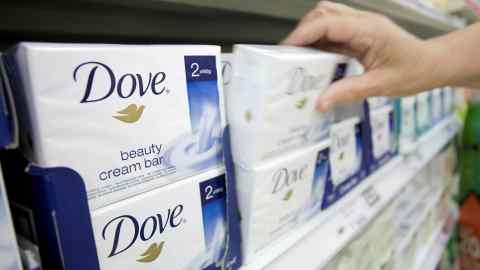 Sales were especially strong for Nestlé’s Purina pet foods and for confectionery, which had suffered during the initial phase of the coronavirus pandemic as shoppers bought fewer chocolate bars “on the go”, but underwent “double-digit” growth during the first six months. Coffee sales were also strong, partly thanks to people returning to cafés and restaurants.

Jean-Philippe Bertschy, analyst at Vontobel, said changes made under Schneider in the past five years, including moving a fifth of the portfolio into faster-growing categories, “will help Nestlé navigate the current, challenging environment”.