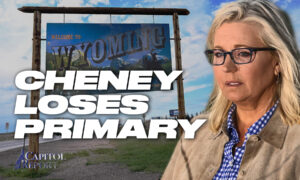 Leon Benjamin, candidate for Congress in Virginia’s 4th district, joins us to weigh in on the Wyoming primary and why he thinks Trump-backed candidates are winning races.

Former Vice President Mike Pence speaks out on the Mar-a-Lago raid. We’ll look at his take on defunding the FBI and at the brewing court battle over unsealing the search affidavit.

We recently had a chance to sit down with Congressman Gary Palmer, chairman of the House Republican Policy Committee, to discuss the ongoing effects of high gas prices and American energy independence.

CNN host grills Adam Schiff over motive for not hearing from witnesses who ‘challenge’ Jan. 6 narrative

America Needs a Fight Between Florida and California

A ‘Disgrace’ That No One Has Been Fired a Year After Afghanistan Debacle, Congressman...