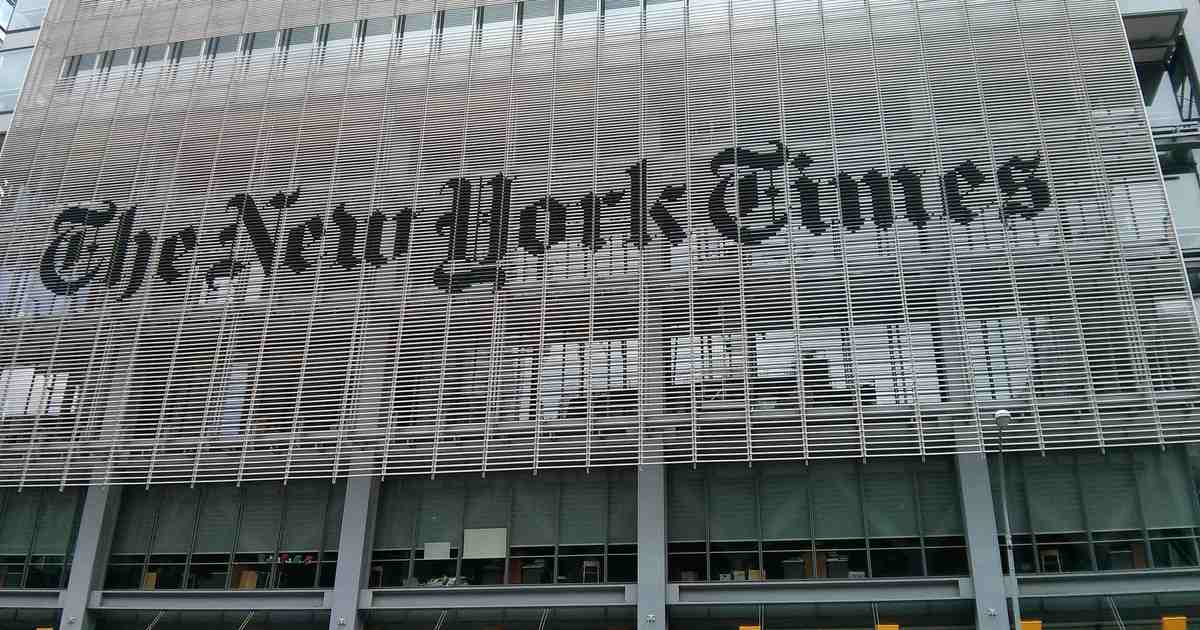 (NOTE: I read The New York Times Opinion section so that others don’t have to. While I could write so[mething every day that mocks the lunacy there, I decided to just highlight a few of them once a week. I’ll also offer one from The Washington Post so they don’t feel left out. I provide the actual headline from the op-ed and go from there. Enjoy.)

Thank you for once again joining me for our weekly examination of the progressive nutjobbery that every liberal’s favorite Opinion sections try to pass off as deep thinking.

Let us mock the mock-worthy.

1: Donald Trump Is Not Above the Law

This call by the board to prosecute Trump is some real “we haven’t been outside of our social circle since birth” garbage.

First, anyone in media who still says “insurrection” when referencing the J6 stuff can’t be taken seriously and should probably be given a medical referral for electroshock therapy.

The board’s justification for prosecuting Trump is entirely based on non-reality (“…he roused an armed mob that stormed the Capitol”). They’re lying about everything, but I believe they’ve been telling themselves the lies for so long that they believe all of it.

Related: Democrats Are Lying and Everyone Knows It

The biggest threat facing America right now comes from the emotionally stunted children who inhabit adult bodies in the media. Forget “seen and not heard,” they need to be sent to their rooms until the adults are back in charge in the United States.

Jamelle Bouie would like everyone to know that Republican opposition to President LOLEightyonemillion’s student debt transference vote-buying scheme is really about a culture war and resentment of working-class America or something.


One learns quickly not to expect coherence from Bouie. Most of what he writes seems like it comes from a book titled “Stuff Progressives Are Supposed To Say.”

No JB, what it’s really about is math and the left’s relentless assault on personal responsibility and consequences. The harsh reality is that this “relief” has to be paid for by someone.

Of course, that’s always the problem when leftists examine federal economic issues. They think that the government has a magic money tree and free stuff really is free.

3: Biden Becomes a Boon for Democrats

We might soon have to rename this column “The Worst of Charles Blow.”

It looks like Chuck has borrowed Paul Krugman’s cheerleader skirt and is doing some heavy “rah-rah” duty for Biden.

Check out this gem:

That is what I believe is happening with President Biden at the moment. With a string of successes, he is building momentum and shaking off narratives of ineffectiveness.

Oh my, “narratives of ineffectiveness.” The opinion writers at the Times truly believe that they can simply wave their magic keyboards and Americans will believe that the monumental display of addled incompetence we’ve seen from Biden isn’t real.

They really believe that the regular folks away from the coastal bubbles are that stupid.

As I wrote in my Morning Briefing at the beginning of the week, don’t believe the hype.

PostScript: The new covid booster is a bit of a gamble — but one well worth taking


This is from WaPo‘s Editorial Board.

Hey, at least they’re admitting that this one is a gamble. They completely gloss over the fact that the COVID vaccines have been a huge roll of the dice from the beginning.

Nothing to see here, move along.

But Charlie Brown is really gonna kick that football this time:

The advantage of the bivalent booster is that it has a better chance of protecting against the variant that dominates today. No one knows how much better, but experts say it could boost the levels of protection, as well as the duration and the breadth.

No one really knows anything but kinda maybe and also probably a magic panda bear.

Nobody is buying what they’re selling. We should maybe start a pool and bet on how long it’s going to take them to figure it out.

Good times, everyone. See you next week.