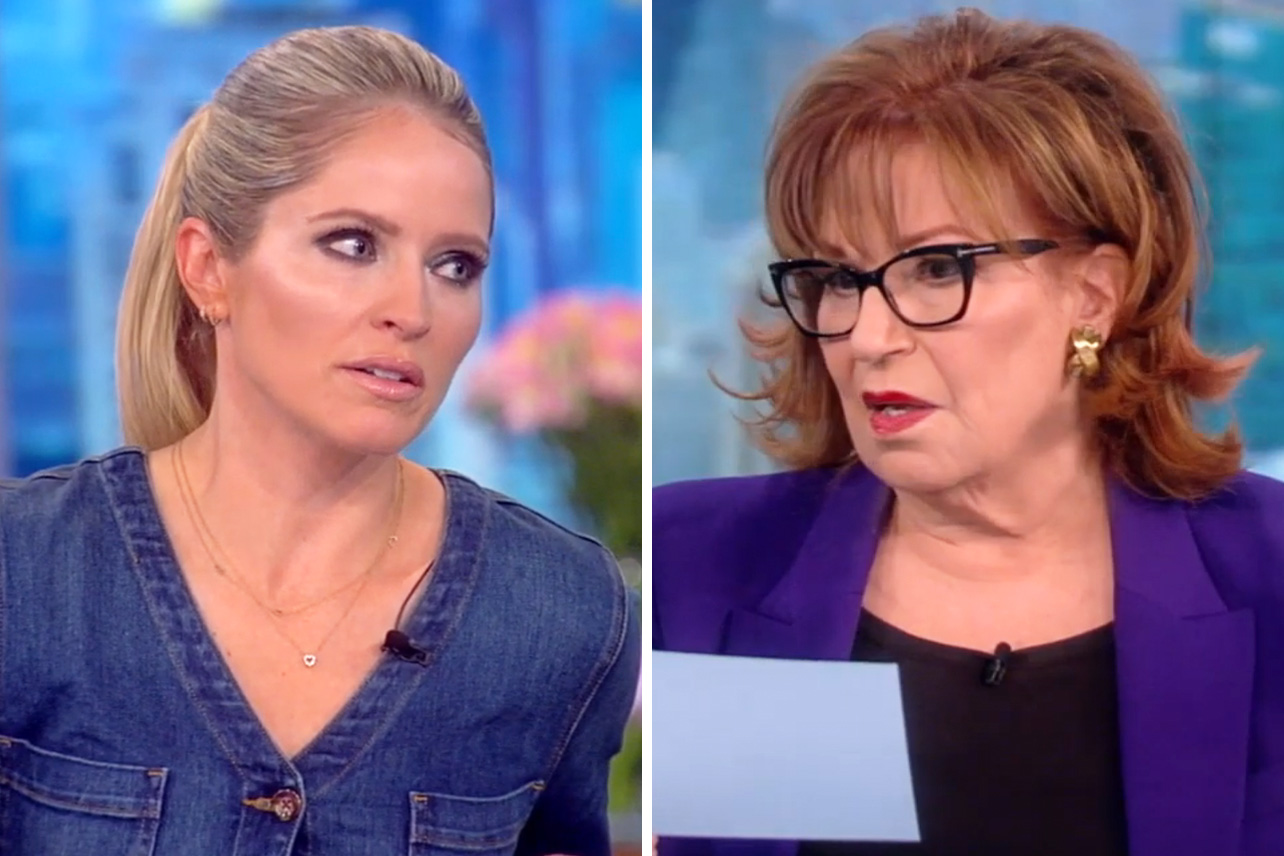 Sara Haines learned an important lesson this morning: never cut off Joy Behar. On Thursday’s (May 12) episode of The View, Behar got testy with her co-host after being interrupted during a conversation about Patti LuPone, who called out an audience member at her Broadway show Company this week for not correctly wearing a mask in the theater.

While Behar was reading from a notecard about a separate instance in which LuPone accosted at another audience member in 2015 (the stage legend yelled, “What is it, honey? Are you drunk? Are you menopausal?”) Behar pronounced her last name as “LuPone-ee,” adding an Italian twist.

Haines, who was seated next to Behar on the panel, could be heard quietly in the background saying the correct pronunciation of LuPone’s last name. “It’s just LuPone. She’s one of your people, Italian,” Haines said, referring to Behar and LuPone’s shared heritage.

Behar did not appreciate the little tip, and snapped back, “Don’t interrupt the reading,” after pausing with hands held up in disbelief. Haines reached over and patted her arm, saying, “I know, but they were correcting LuPone,” referring to herself and other co-hosts.

Tensions eased as Behar put her hand down on the table and broke into a smile, and Haines jokingly yelled, “Clearly I’m menopausal and drunk! It’s fine,” in reference to LuPone’s quote.

In response, Behar snuck in a dig about Haines’ hairstyle. “This Is I Dream of Jeannie day today,” she quipped about Haines’ long blond extensions, which were styled in a ponytail on top of her head. Haines played along with the snide remark, smiling while crossing her arms in front of her chest like series star Barbara Eden.

After pulling her own diva-style stunt, Behar returned to her notecard to finish reading about LuPone. “She told the woman, ‘Now shut up,’” Behar read, before turning to Haines and adding, “Which I say to you!”

European shares steady after steepest slide for global stocks since 2020