Some investors are warning of a mismatch between market expectations and the Federal Reserve’s stated commitment to stamping out inflation as traders stand by their wagers on interest rate cuts next year.

Traders in the futures market are betting the central bank’s main interest rate will be cut to 3.3 per cent by the end of next year after peaking at 3.7 per cent in March 2023. That implies the Fed will have to cut rates by the second half of next year.

However, some investors argue that the market is misjudging the Fed, which has repeatedly said it is intent on tackling inflation even if tighter monetary policy results in higher unemployment and slower economic growth.

“It is, to me, a glaring market mispricing,” said Rebecca Patterson, head of investment strategy at Bridgewater Associates. “Market participants are conditioned from previous cycles to expect the Fed to pivot” to a more dovish stance, she added.

The most recent summary of the Fed’s economic projections, known as the “dot plot”, showed most officials expect the federal funds rate to reach 3.8 per cent by the end of 2023, before easing to 3.4 per cent in 2024. That forecast from June implies there will not be a rate cut next year. A new dot plot will be published next month.

Doubts over the Fed’s commitment to bringing down inflation have percolated for months, as investors have wavered in their conviction the central bank will press ahead in the face of a slowdown.

But the Fed and its officials have stressed they are determined to address the highest inflation in almost four decades. Mary Daly of the San Francisco branch this week said she was sceptical the central bank would cut rates next year.

“The worst thing you can have as a business or a consumer is to have rates go up and then come rapidly down,” she said in an interview with CNN. “It just causes a lot of caution and uncertainty.”

She said it would be wrong to think of a “large, hump-shaped rate path, where we’ll ratchet up really rapidly this year and then cut aggressively next year”.

Despite such protestations, equity investors are sceptical the Fed will follow through with sharp interest rate rises.

When the Fed embarked on an aggressive tightening cycle in March, US stocks fell into bear market territory as investors bet that higher borrowing costs would hurt companies and consumers.

But the blue-chip S&P 500 and the tech-heavy Nasdaq Composite have since June recovered nearly half of their losses this year. 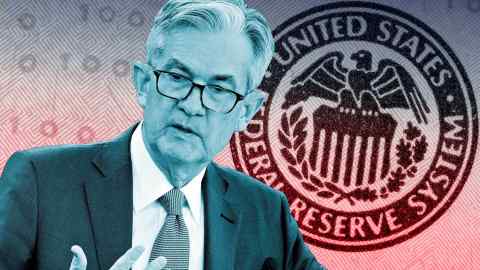 “There’s this disconnect between the market and the Fed, and there’s this idea that the Fed is going to have to relent in its tightening programme to allow for weaker employment and slowing growth,” said Gregory Whiteley, a portfolio manager at DoubleLine. “That idea is really strongly embedded in markets.”

The recovery in stocks has eased financial conditions, making it easier for companies to borrow and hampering the Fed’s efforts to cool down the economy.

A Goldman Sachs index shows that US financial conditions have eased significantly since peaking in mid-June after the Fed’s first 0.75 percentage point rate increase.

Dave Chappelle vs. the New Puritans