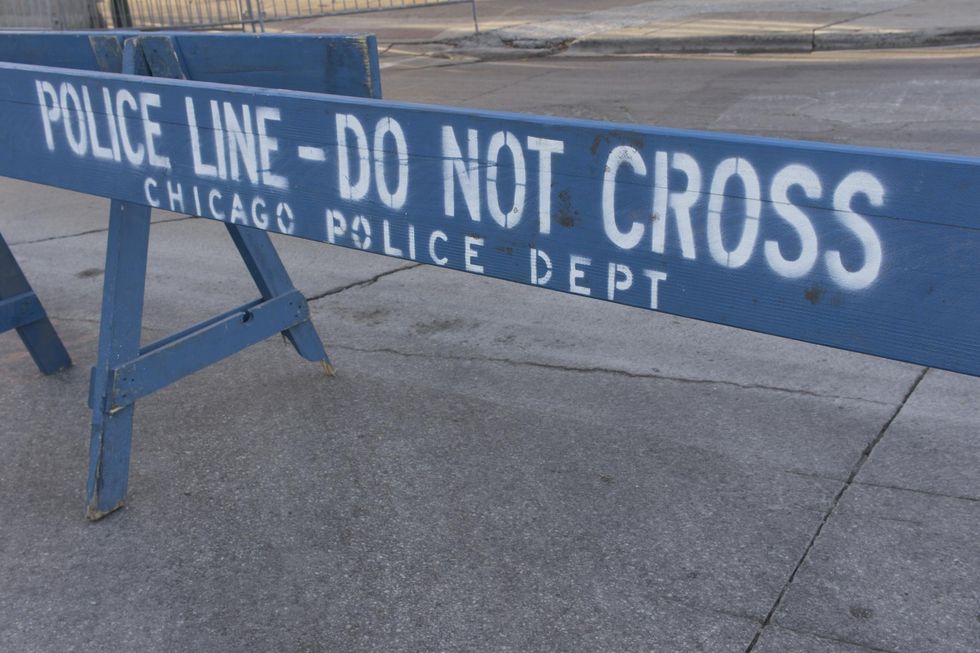 We need not steal people’s guns without due process, as Joe Biden suggests, nor do we need to send in the National Guard to protect America’s cities, as Donald Trump recently suggested. What Chicago’s experience demonstrates is that we simply need to lock up the gun felons and career criminals who have already been found guilty through due process. It’s not so much about funding the police or drastic measures of having the military occupy American cities, but about simply locking up the criminals.

Americans watched with horror the viral video of a 16-year-old with a gun bust under his belt tussling violently with a NYPD officer on one of Manhattan’s infamous subways. It turns out that the boy had previously been arrested April 12 in Brooklyn for allegedly carrying a loaded gun and then again just two weeks ago for a robbery, but the details of the cases are sealed. Yet despite the history of gun violations and violence, the suspect was released on his own recognizance a day after the struggle with police.

This case embodies the source of the violence in cities like New York and Chicago. The culprits all have endless violations of bail terms and parole, and numerous violent crimes and gun felonies piling up on each other before the original case is disposed of in court, yet they continue to be released, especially in the case of the growing juvenile violence. Any other policy thrown into the public policy discussion other than tougher sentencing, pre-release holding, and tougher parole conditions is a distraction. You can fund police all day long, but if the criminals are not punished, they will just fight with the police knowing there are no repercussions.

“He’s charged with all those things, and now in his third arrest, he’s released again,” a high-ranking police source told the New York Post of the subway brawler. “What does it take to get locked up here?” This incident occurred a week after the man who attacked New York gubernatorial candidate Lee Zeldin was freed within a few hours on cashless bail.

Democrats wax poetic about gun violence, but then when they actually catch gun felons illegally possessing guns and committing more crimes in violation of their previous release or parole, they still offer them low bail. A Chicago judge recently released 32-year-old Clear Huddleston on a $3,000 cash deposit after he was caught illegally possessing a gun and drugs, despite his criminal history, which included robbery in 2008, unlawful use of a weapon by a felon in 2012, theft in 2016, and armed robbery in 2016. The way Democrats speak of guns, you would think they’d offer the death penalty to someone caught illegally possessing a gun as a career violent felon, yet even career violent gun felons and robbers are easily released and given multiple “chances.”

Then there is the case of Steven Kelsey, a Chicago man on parole for shooting a man while on electronic monitoring for possessing a firearm while out on parole. So he already had his second chance, despite actually shooting someone with a gun. Now he has been arrested for, you guessed it, an armed carjacking. Before the July 12 carjacking, Kelsey was convicted of illegal gun possession and aggravated discharge of a firearm in a 2015 case that started as an attempted murder case. This is after having been charged as a juvenile twice for possessing stolen motor vehicles and once for aggravated vehicular hijacking. Yet he didn’t serve much time, and shortly after he was paroled for the shooting, Kelsey was arrested again and charged with … you guessed it … unlawful use of a weapon by a felon on parole. But he was released in June of last year with just a $10,000 bail deposit on electronic monitoring, which, as always turned out to be worthless in deterring him from the armed carjacking earlier this month.

This is the story of nearly every carjacker and murderer in every major city, and it’s happening in red states too. Earlier this month, a 15-year old carjacker in Memphis was released from some nebulous juvenile program on electronic monitoring and is now accused of killing a woman in another carjacking, despite wearing an ankle monitor.

Carjackings are out of control as a result of repeat juvenile offenders never getting punished. This phenomenon fueled more than 1,900 carjackings in Chicago last year. At some point, youthful indiscretion should not be an excuse for serious, repeat offenses.

If we only deterred and punished the known career criminals, we’d stop most violent crime. The debate over police funding, while important, is largely a distraction to the main issue. Republicans, including President Trump, bought into the over-incarceration argument last decade, which led to an acceleration in de-incarceration of the most dangerous career criminals. Ironically, Trump himself made the comments about deploying the National Guard to suppress riots at the “America First Policy Institute,” which is run by his former domestic policy adviser Brooke Rollins, who convinced Trump to embrace the jailbreak agenda and also dissuaded him from actually deploying the National Guard during the BLM riots of May-June 2020.

It’s very easy for Republicans to broadly inveigh against rising crime under Democrats. But unless they commit to shedding their ties to the pro-jailbreak, Koch-backed organizations pushing de-incarceration, they will continue managing a rise in crime.