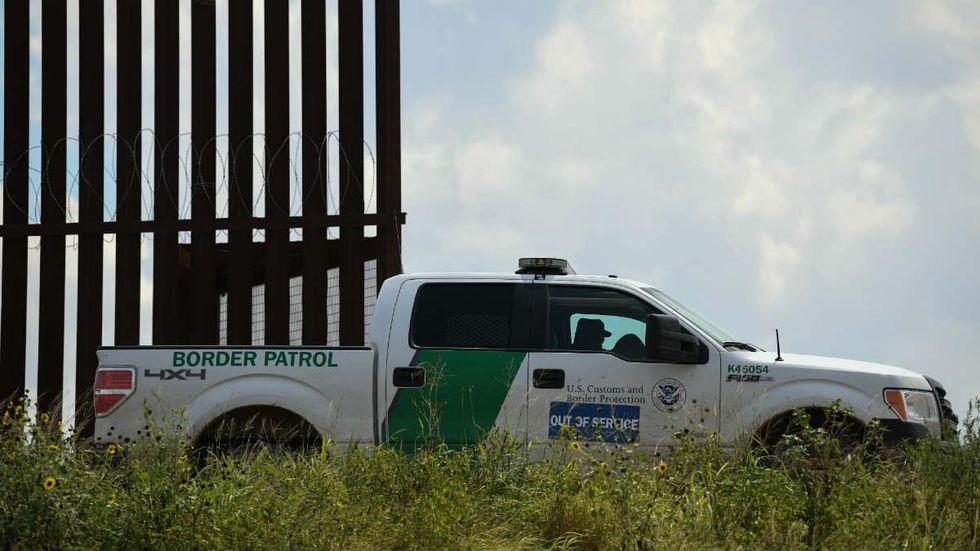 In one respect, when DHS Secretary Alejandro Mayorkas told Rep. Chip Roy at a recent House Judiciary Committee hearing that the DHS has operational control over the border, he wasn’t lying. His department is now releasing close to 100,000 illegal aliens per month into the interior of the country. Thus, this is actually a controlled and purposeful mass migration, although there are many more gotaways that funnel through our border during the chaos. Either way, our country can’t last with such a volume of invaders until there is a new president in 2025. Arizona and Texas, buttressed by the other red states, must take action now.

Fox News’ Bill Melugin is reporting that the DHS acknowledged in a recent court document that CBP and ICE released or paroled 95,318 illegal aliens just in the month of May. They are all coming to a city near you. And this has been going on for a year and a half and will likely continue for another two and a half years if Texas and Arizona Republicans don’t secure their own border. In April, 118,000 were released. In other words, there will likely be more than one million invaders released into every corner of this country in one year.

Oh, and those are the “good ones.” What about the gotaways – the ones who pay the cartels larger sums to cross over surreptitiously because they likely have criminal records? According to Melugin, 445,837 gotaways are estimated to have gotten away from agents during the first eight months of fiscal year 2022, and over 800,000 since the beginning of FY 2021.

So, in total, there have been 3 million apprehensions of illegal aliens since Biden took office, nearly half were likely deposited into the country, and there were 800,000 known gotaways. Just in one weekend in one border sector, Border Patrol arrested a murderer, a rapist, and nine gang members. You can imagine that most of them are not caught and are among those 800,000 gotaways. However, those numbers are likely much higher.

Typically, gotaways are counted from a mix of Aerostat blimps equipped with sensors and from agents counting footprints in the ground and adding them to the hits they get on all the cameras and sensors. Then they compare those suspected infiltrations against the apprehension numbers. However, one veteran agent in the Rio Grande Valley told TheBlaze that he knows for a fact that the numbers are lowballed and they are not counting all the gotaways. “To begin with, ‘cutting sign,’ which means counting the footprints of the gotaways, is often difficult, because the guides will often brush out the signs, walk in hard-packed areas, or travel in thick brush, caliche [hard rock], or on hard-paved roads.”

Thus, those cases represent the number of unknown gotaways. The agent also explained that there are known gotaways that are simply not recorded. “There are thousands that are known but are either NOT recorded or placed in a different category in order to lower the number of gotaways, i.e. non-violations, no arrest, and unresolved detection. This may be a surprise, however: Since the Trump administration we have been fudging our numbers in the Rio Grande Valley and literally erasing foot sign.”

Also, keep in mind that the morale of the agents is very low, and now the higher-ups are taking actions against agents over the false blood libel accusing them of whipping Haitians in Del Rio last summer. So needless to say, agents are not exactly motivated to assiduously count every last sign of a gotaway that they know our government will do nothing about.

Indeed, according to the DHS’ Border Security Metrics Report from 2019, “While USBP has reliable administrative data on apprehensions, the Department does not have an exact count of unlawful entry attempts since an unknown number of illegal border crossers evade detection. As a result of this so-called ‘denominator problem,’ the Department must estimate the apprehension rate.”

In other words, there are likely more than 50,000 or so gotaways every month, especially given the chaos and free rein that the cartels enjoy now at the border, knowing that this administration is on their side. One cannot fathom the amount of crime that will plague our cities for decades to come as a result of this incalculable influx of criminals into the country.

Which is why Texas and Arizona must lead the way in deporting illegal aliens and patrolling for gotaways. As Arizona Republican Party chairwoman Kelly Ward suggested, Arizona should follow Florida’s lead and create a state guard. Texas already has one, but it needs to be used for the border – and not just to babysit, but to interdict and deport. Texas and Arizona citizens would sign up in droves to serve their state and, by extension, the entire country by working to actually defend our own border rather than other countries’ borders, as most of our national guardsmen have been forced to do for the past two decades.

The Florida governor has explicitly called upon the border states to repatriate the invaders on their own. “What Texas needs to do is just send them [illegal immigrants] back across the border,” Gov. DeSantis said at a press conference last week. “Who cares what the Feds are saying? They aren’t doing their job.

“Texas shouldn’t let them come across the border to begin with. They just walk right across the river,” he added. “No one is stopping them.” DeSantis also offered to send help to the border states if they request it.

The Arizona constitution (§ 26-174) authorizes the governor to establish a new state guard “for the safety and protection of the lives and property of the citizens of the state.” At this point, if the cartel war on Arizona doesn’t justify such protection of life and property, than nothing ever will.

Dems Fundraise Off Claims The GOP Is Trying To ‘Steal’ Elections