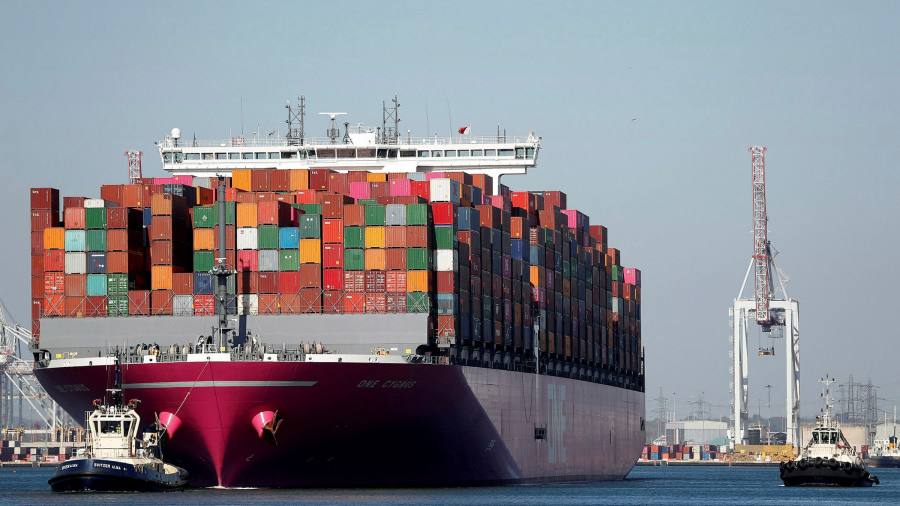 The supply chain crisis threatening the global economy risks lasting at least another year unless governments step in to help ease the disruption, one of the world’s top shipping companies has warned.

Jeremy Nixon, chief executive of Ocean Network Express, which carries more than 6 per cent of the world’s containerised freight, urged governments to boost investment in the the capacity of their ports, railways, warehousing and road systems.

Although US president Joe Biden has been pushing rail freight companies, trucking groups and ports to increase their own capacity and productivity to meet rising demand, Nixon said that the US was an area of particular concern.

Negotiations due next May between the terminal operators at container ports on the US west coast, the gateway for goods shipped from Asia, and workers due is likely to prove a source of further disruption, said Nixon.

“I don’t see any immediate improvement at the moment,” Nixon said. “If we get a bad jam up in July, August and September of 2022 in North America that could well last late into 2022 and early 2023.”

Sharp swings in consumer demand during the pandemic, disruptions to global shipping and a battered airline industry have created the severest crisis in years for global supply chains.

Alongside the volatility in consumer demand, the shipping industry has had to wrestle with Covid-related absences among port workers and shortages in the UK, Europe and the US of truck drivers, who help transport goods to their final inland destinations and return the empty containers.

Although Nixon’s warning that supply chain problems could spill into 2023 is one of the more pessimistic, many executives in the shipping industry expect next year to be disrupted.

Broken supply chains have raced up the agenda of companies, central banks and investors, as they lead to shortages of goods and price increases for goods ranging from pet food to toys.

As for other shipping groups, the upheaval has helped profits at ONE as the rates they can charge for moving goods has shot higher. Formed in 2017 to integrate the liner services of Japan’s Kawasaki Kisen Kaisha, Mitsui OSK Lines and Nippon Yusen Kaisha, ONE made profits of $2.6bn in the quarter to the end of June, more than 15 times higher than a year ago.

ONE, which has a fleet of 220 ships, would be “more cautious in not overcommitting on some of our volume contracts with our customers”, said Nixon, as the group is struggling to ship as much cargo as it had wanted.

This electric car was cutting edge in 1908. What’s it like to drive it?