Officials responsible for the world’s biggest economies must be “vigilant” to the risks posed by high debt levels, volatile commodities markets and deeper-than-expected scarring from the Covid-19 pandemic, the world’s most influential regulator has warned.

Klaas Knot, the Netherlands’ central bank chief and head of the Basel-based Financial Stability Board, told economic officials in a letter ahead of meetings in Bali that a deterioration in economic conditions “may test financial [system] resilience”.

The central bank governors and finance ministers of 19 of the world’s most powerful countries are meeting against a perilous economic and geopolitical backdrop as countries lurch towards recession while Russia’s invasion of Ukraine continues. Representatives from the EU are also attending, making up the 20th member of the gathering. A Russian delegation received the letter, but its attendance could not be confirmed.

Asked if the outlook was better or worse than in early 2020, when the pandemic was declared a global health crisis, Knot told reporters the risks were “different”. The world was now facing lower growth, not the sharp contraction foreseen at the start of the pandemic, but inflation was much higher now.

The debt pile built up during the pandemic, coupled with heftier interest payments as central banks across the world raise rates, would weigh on borrowers’ capacity to repay loans.

Meanwhile instability in commodity markets, which have been rocked by Russia’s invasion of Ukraine, could have “knock-on effects on the broader financial system”, Knot warned. Energy traders have at times struggled to meet the much higher margin calls triggered by the market volatility, leading to calls for support from the official sector.

The FSB was “closely monitoring” possible ricochets from the turmoil. The letter added: “The centrality of key energy, metals and food commodities to the functioning of the global economy means that any disruptions to the financing of producers or traders in these markets could have an outsized impact.”

The FSB, which is at the vanguard of global attempts to police cryptocurrency markets, said the recent collapse in the value of several tokens, including bitcoin, had “crystallised some of the vulnerabilities” it warned about. It reiterated the need for “robust regulation and supervision” and is set to table the first global crypto rules to the G20’s October meeting. 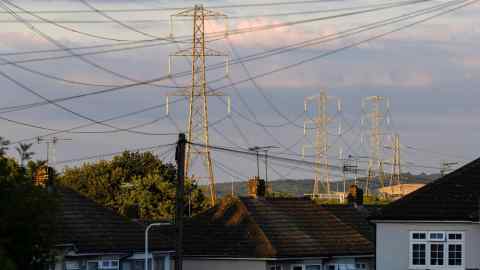 The FSB also presented the G20 with an interim report on countries’ efforts to phase out pandemic supports, though it added that recent economic and financial developments — chiefly Russia’s invasion of Ukraine — “exacerbates several challenges” and could imply that “scarring effects” had a greater chance of permanently denting growth.

The FSB encouraged leaders to phase out Covid-19 support in a way that reflects “domestic economic conditions” and avoids “excessive financial market reactions”. The FSB said the broader situation would “evolve further” before its final report came out in November.

Twitter reactions to Tom Cruise interview about antidepressants and drugs

Podcast #198: Kushal Mehra on the Explosive Growth of YouTube in India

Martin Lewis is right: the cost of living emergency is already here