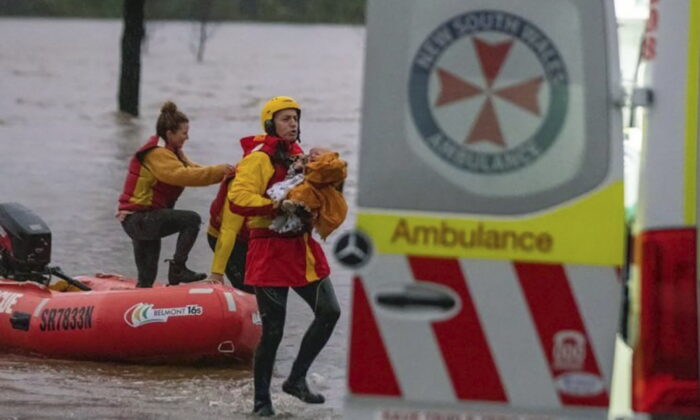 SYDNEY—Floodwaters were receding in Sydney and its surrounding area Thursday as heavy rain threatened to inundate towns north of Australia’s largest city.

Evacuation orders and official warnings to prepare to abandon homes were given to 60,000 people by Thursday, down from 85,000 on Wednesday, New South Wales state Premier Dominic Perrottet said.

But towns including Maitland and Singleton in the Hunter Valley, north of Sydney, were still threatened by inundation, Perrottet said.

Around 50 rescues were made in the past 24 hours, several of which involved people stranded in cars in floodwaters, he said.

“It is very pleasing to see that the weather situation is starting to ease after almost a week of relentless rain,” she said.

The weather system that had brought heavy rain to a vast swath of New South Wales was moving further from the coast out to sea north of Sydney, Bureau of Meteorology manager Diana Eadie said.

Bulga, a town about 180 kilometers (110 miles) north of Sydney by road, experienced its highest flood level since 1952, she said.

Taree, some 320 kilometers (200 miles) north of Sydney by road, was drenched by 305 millimeters (12 inches) of rain overnight—almost a third of the town’s annual rainfall average, Eadie said.

WaPo Liberal Realizes How Miserable The Left Has Become

Planned Parenthood Pushes Back Against Roe’s Demise by Pushing Pills

Up From Originalism – The American Conservative