The Feds appealed a judge’s order naming a special master to cull through the hundreds of pages of documents, news clippings, and other items that they took from former President Donald Trump’s South Florida home.

On Monday, Federal Judge Aileen Cannon ordered a special master, which is usually a former judge or lawyer, to go through the documents taken from Trump’s office in the Aug. 8 raid. By Thursday, Department of Justice lawyers were back in court arguing that such a move would delay its latest election season investigation of the former president.

The DOJ and its gunned-up Hostage Rescue Team (HRT), “the Navy SEALS of the FBI” according to Donald Trump, Jr., ransacked the former president’s home in an audacious break with history and protocol. The raid presumed that the former President was not allowed to possess documents he had in his Southern White House office and SCIF at Mar-a-Lago in conflict with claims by the National Archives. The former president and his legal representative to the Archive, former federal prosecutor Kash Patel, say the president declassified the documents.

The FBI carted off obviously privileged documents between Trump and his attorneys, the former president’s passports, and tax and health documents. The passports were returned, but the rest seem like the wish list of the New York Attorney General and the U.S. Attorney for the Southern District of New York. If the past is prologue, you can expect those documents to leak before the election.


Both Trump and Patel believe that the FBI’s job during that nine-hour-long search was to find as many of the Crossfire Hurricane Russian “collusion” documents as it could find. The president declassified those documents along with others pertaining to the FBI’s white-glove investigation into Hillary Clinton’s destruction of emails, phones, and other communication devices Congress ordered her to preserve. She was never prosecuted.

Related: A Judge Rules We’ll Get to See What’s in Trump’s Raided Boxes From Mar-a-Lago—Sort Of

As Mike Davis of the Article III Project wrote on Twitter, the FBI waited months before raiding Donald Trump’s Mar-a-Lago home and only after Joe Biden canceled the former president’s “protective assertion of executive privilege” but now pouts that a special master will delay its investigation.

Biden DOJ waited 18 months to get the records.

Now they’re pretending a special master will slow down their case for too long.

They want to indict before election?

Why are they worried about a neutral party checking their homework?

What are they hiding?

Constitutional attorney Harmeet Dhillon responded to the DOJ’s appeal saying there’s a virulent case of Trump Derangement Syndrome in certain Washington insiders who also suffer a secondary infection called “DOJ-itis.” It’s so bad that it has even affected former Attorney General Bill Barr, who saw first-hand how the DOJ, FBI, and intelligence community went after Trump in the Russia hoax.

Special master appointments are not subject to interlocutory appeal, at least in the 11th Circuit. And when reviewed, it is only for abuse of discretion. Barr is displaying DOJ-itis, with a complicating attack of TDS making it worse.

For his part, the former president posted on TruthSocial his dark beliefs about what the Deep State is capable of. 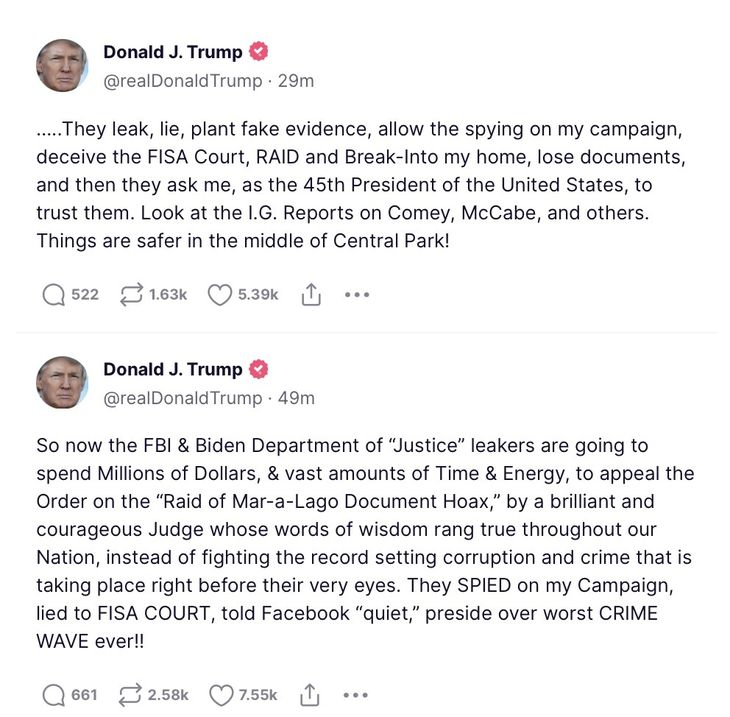 Trump has appealed to Americans to keep their anger in check after this new FBI investigation revelation.

Though Barr wants to give his old friends at the Department of Justice the benefit of the doubt when it comes to Trump, he should know better than most just how unwise it is.

The judge will take the DOJ’s arguments into consideration, but, as the Left is so fond of saying in its new Reign of Terror era, if the Feds don’t have anything to hide, then they won’t mind someone checking their work.

The IRS ‘Tax-Exempt’ War on Conservative America Is Real and the Hypocrisy Is Dangerous...