The chief executive of Esprit Holdings struck an upbeat tone as the company embarks on a global expansion, predicting the worst is over for fashion retail despite soaring inflation and supply chain pressure.

William Pak said the fashion house was staging an ambitious comeback by returning to the US, Australia and mainland China, with new outlets opening in Shanghai and Los Angeles by early next year.

Esprit, a Hong Kong-listed fashion retailer that reached its heyday in the 80s and 90s, recorded its first profit in five years with a HK$381mn ($48.5mn) net income.

Part of its new strategy has been to distance itself from fast fashion giants such as Zara, H&M and China’s Shein and focus on producing more expensive, higher quality clothing.

“This year is potentially the bottom of the retail market,” Pak told the Financial Times in an interview at the company’s Hong Kong headquarters on Friday. “We need to get to the front of this and not wait and be reactive”.

Pak said indicators like the June US producer price index, which tracks the prices businesses receive for their goods and services, was a sign “that inflationary pressures will be easing soon”.

The company said it hopes to win over China’s Gen Z population, with more localised products catering to the “China-chic” patriotic trend.

The HK$3.3bn ($420mn) group, founded in 1968, had risen to become one of the world’s most recognisable brands, but had struggled to compete with fast fashion retailers.

Over the course of the past decade, Esprit was forced to exit markets in North America, Australia and Asia. It shut hundreds of outlets as its chief executive admitted the brand had “lost its soul”.

Most retail sales at Esprit last year came from Europe, with more than one-third of its stores in Germany. Part of its changing strategy is to reduce the number of fashion collections it releases each year and increase apparel quality.

The fashion retailer, which moved its headquarters to Hong Kong last year, has gradually returned to Asia since February by launching online-only stores in South Korea, Hong Kong, mainland China, Taiwan, the Philippines, Singapore and Thailand. Physical stores are set to open in the US, Canada, Australia, Hong Kong and mainland China after a pop-up outlet was opened this year in South Korea.

Its mainland China expansion comes as fast fashion titles are leaving the country under its tough zero-Covid regime. 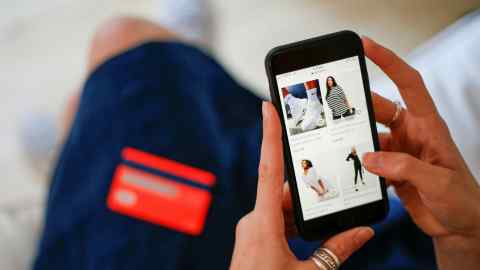 Inditex, the parent company of Zara, is withdrawing its brands including Bershka, Pull & Bear and Stradivarius after closing physical outlets, while American Eagle Outfitters closed its ecommerce stores.

“We can create a local specific capsule for mainland China once we do open. We can do the designs locally as well,” said Pak about China, where Esprit once boasted over 300 stores.

Pak said the company has “no specific target” in terms of the revenue distribution in mainland China and Asia, but will see the markets growing “prudently” on its path to win back customers.

Afghanistan Was a Predictable, Preventable Disaster

Judge Green-Lights Suit That Could Block Google From Playing Favorites