‘Encanto’ Star John Leguizamo on Why the Film So Important: ‘I Never Thought I’d See This In My Lifetime’ 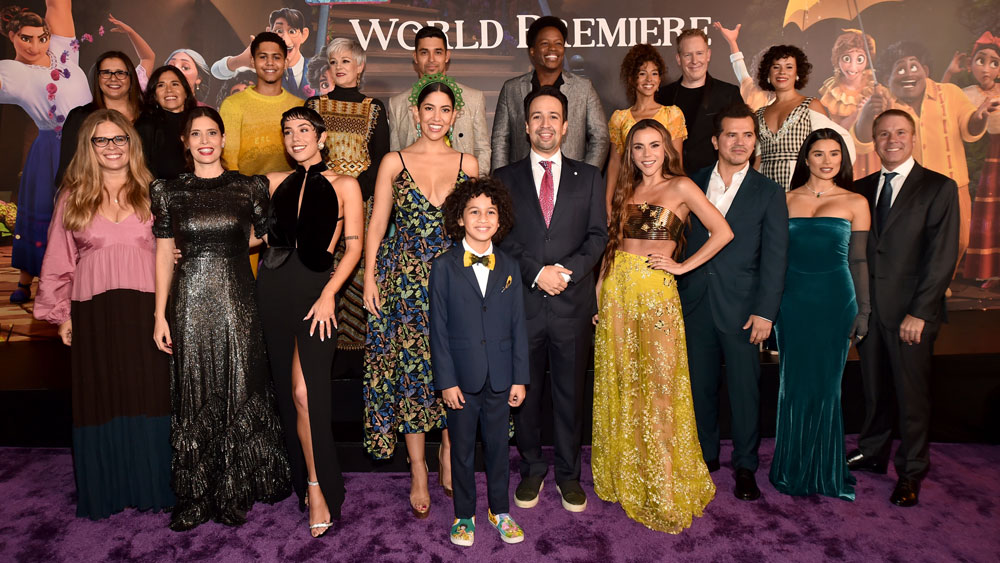 Disney’s “Encanto” aims to exude the joys of celebrating family and celebrating Colombia. The green and purple carpet premiere at the El Capitan Theatre did just that.

“This is the first time we’re meeting people in the flesh. It’s crazy,” said writer and director Jared Bush, noting that the film, which will be released Nov. 24, was produced during the pandemic.

The extravagant premiere setup allowed for cast, crew and families alike to walk the carpet, pose for photos in front of posters and take in the spectacle of Hollywood Boulevard’s own taste of “Encanto’s” Colombia. John Leguizamo, who voices Bruno in the film, expressed what drew him to the film.

“Encanto” follows the Madrigal family, who have all been blessed with unique gifts from being able to talk to animals to super strength – except for the protagonist, Maribel. Set in Colombia, the film grapples with topics both magical and real.

“We tried to actually take inspiration from a lot what our friends expressed to us, which is that Colombia has a history of internal displacement,” said writer and co-director Charise Castro Smith. “That is something that is a part of our movie. It’s a really foundational piece of the family’s history. So, we wanted to make it sort of emotional and for all ages, but it’s a reality in this film and for this family that we wanted to include.”

The film not only features musical numbers, with songs written by Lin-Manuel Miranda, but Germain Franco is the first female composter to score an animated Disney film.

When asked what they could choose for their own unique gift, the “Encanto” team was divided between whimsical and practical.

“I would want to be wise,” said María Cecilia Botero, who voices Abuela. “I would like to fly,” added Mauro Castillo, the voice of Félix.

“I would so want to speak to animals. I’m sure that’s one of the most popular ones because who doesn’t want to do that,” answered executive producer Jennifer Lee. “But I’m also happy with Maribel, like a heroine with glasses who gets to unify a family? That’s a pretty good gift.”

These are the best tablets for any budget in 2021

The Rules on Face Masks at the Office Are Changing

A look at the groups supporting school board protesters nationwide