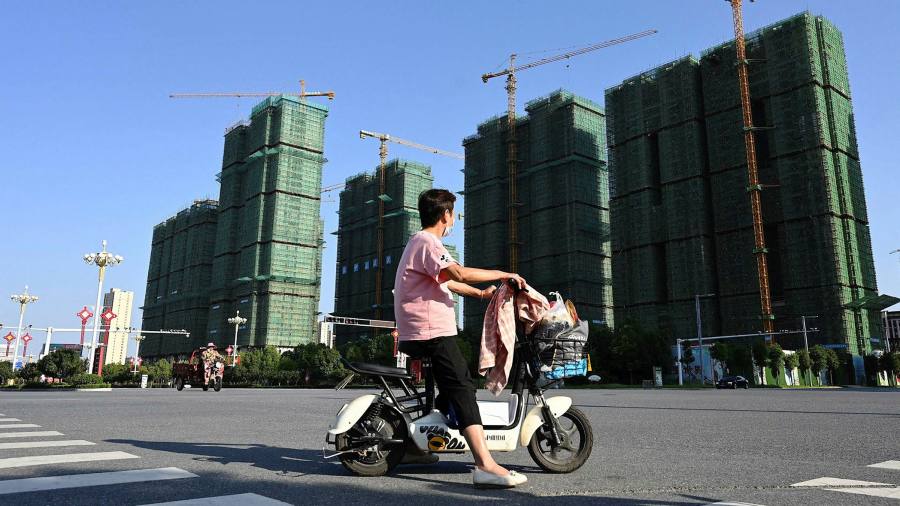 When Chinese policymakers think about the economy, one of their main goals is to avoid what happened to Japan in 1990, when the excesses from years of rapid growth culminated in the collapse of a spectacular asset price bubble. Japanese officials who were active in that era tell tales of visits from their Chinese counterparts throughout the 2000s and 2010s, eager to learn the secrets of what went wrong and how they might avoid a similar fate.

China itself has enjoyed an enormous housing boom in recent decades: prices per square meter have quadrupled or more, even as the construction of hundreds of millions of dwellings turned it into a nation of homeowners. The recent woes of property developer Evergrande, which is struggling to pay its debts, show how that boom could turn to bust. There are, however, significant differences between Japan in 1990 and China today, suggesting the outcome will be different too, with time still left for Beijing to learn the biggest lesson of Japan’s experience.

The first, most obvious, difference is that Japan was significantly richer in 1990 than China is today. At market prices, Japanese output per capita was higher than the US that year, and even adjusting for purchasing power, it was four-fifths of the US level. By contrast, Chinese output per head today is still less than a fifth of the US, or around one quarter after adjusting for purchasing power.

In other words, Japan in 1990 had run out of room to catch up, whereas China still has a way to go. The ratio of house prices to incomes in the wealthiest Chinese cities, such as Beijing, Shanghai and Shenzhen, is among the highest in the world, but Chinese incomes still have potential to grow into those prices. China’s urbanisation rate, at 61 per cent, is also significantly below the level Japan had reached by 1990. There is scope for more migration to the cities.

A second difference is policy settings. In the 1980s Japan argued with the US about trade, as China does today, but Tokyo agreed in 1985 to the Plaza Accord on currencies, which led to a sharp rise in the yen, a mild recession and then a period of low interest rates.

Those low rates fuelled Japan’s boom and so did financial deregulation. Curbs on deposit rates were gradually removed, hurting the profitability of Japanese banks, and prompting them to go on a lending rampage to compensate. Everything boomed in Japan: not just real estate but share prices and consumption as well.

Chinese policy has, at times, stoked the housing boom. A relaxation of minimum down payments for investment properties from 2014 to 2016 caused a surge in mortgage borrowing, although the rules remained relatively conservative compared with 1980s Japan. China’s overall macroeconomic policy has been cautious and the government is now showing an appetite to rein in property. Whereas Japan’s bubble inflated until it burst, China’s current property turmoil has been brought on by its own regulators, enforcing their “three red lines” to limit the debt of developers such as Evergrande.

BoE expected to raise rates on Thursday amid rising inflation

China may suffer a nasty downturn — and a bout of bad debts linked to its property sector — but the chances of Evergrande becoming an enormous, systemic event like the collapse of Japan’s bubble economy are considerably smaller.

In another sense, however, there is an important resemblance between Japan in 1990 and China today: a certain kind of growth has reached the end of the line. China’s working age population has begun to fall, as Japan’s working age population began to fall in 1995, and that decline will accelerate. In both cases, a development model based on extremely high levels of investment and accumulation of physical assets hit the point of diminishing returns.

Nationwide, China has built about as many houses as it now needs, with the economy recording an unprecedented dependence on real estate. According to Kenneth Rogoff of Harvard and Yuanchen Yang of Tsinghua University, the property sector accounts for as much as 29 per cent of China’s output. That may be an overestimate in absolute terms, but on a comparable basis it is even higher than in Spain at the peak of its 2006 property boom.

The mistake would be to carry on regardless. That is what Japan did in the late 1980s: investors priced in continued economic growth of 8 per cent a year, when such a level was no longer remotely achievable. It ended, inevitably, in disaster. The longer China hesitates to learn that hardest lesson, and accept a lower level of growth, the greater will be its ultimate pain.