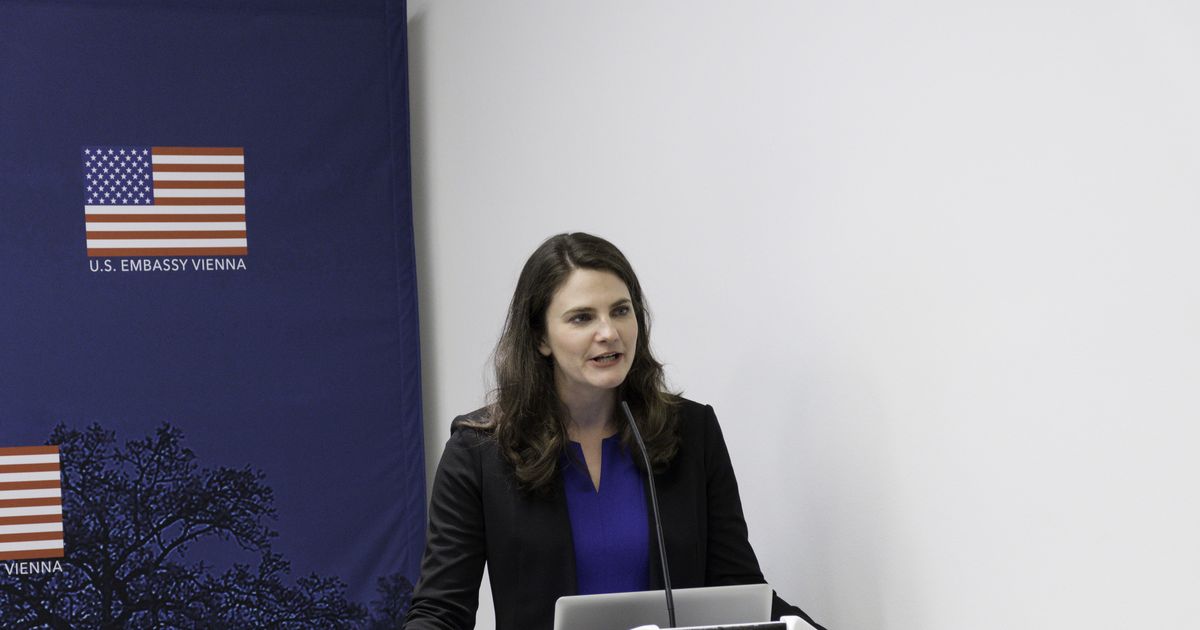 The “Mary Poppins of Disinformation,” as Joe Biden’s director of DHS’s Disinformation Board Nina Jankowicz refers to herself, has been busy dreaming up all sorts of tyrannical and anti-American ways to control thought and make sure everyone is on the same page.

The New York Post’s Benjamin Weingarten wrote, “If you were trying to discredit your own regime, you would be hard-pressed to do better than create a Ministry of Truth, house it within your domestic-security apparatus and appoint a serial spewer of untruth to lead it.”

Jankowicz has a beautiful left-wing pedigree, having gotten a graduate degree in Russia, and has worked for the Wilson Center. But her primary asset in heading up the Disinformation Board is her zeal in cracking down on the administration’s political opponents.

She thinks “verified” Twitter users should be allowed to “edit” tweets for content — just to make sure no “disinformation” ends up on the internet.

Nina Jankowicz — whose appointment as director of the new Disinformation Governance Board in the Department of Homeland Security has stoked concerns about government censorship — told participants in a recent Zoom chat that she is “verified” by Twitter before adding that “there are a lot of people who shouldn’t be verified, who aren’t legit” because “they’re not trustworthy.”

She then adds: “Verified people can essentially start to ‘edit’ Twitter [in] the same sort of way that Wikipedia is so they can add context to certain tweets.”

Jankowicz then offered up a hypothetical.

“If President [Donald] Trump were still on Twitter and tweeted a claim about voter fraud, someone could add context from one of the 60 lawsuits that went through the court or something that an election official said…so that people have a fuller picture rather than just an individual claim on a tweet,” she said.


What a fabulous idea! But why stop at adding “context”? Why not just rewrite the tweet so that it conforms to the narrative being discussed and all these messy and distracting debates would just disappear?

Just a spoonful of sugar, baby.

Biden’s “Ministry of Truth” director says she wants “verified people” like her to be able to edit people’s tweets so they can “add context to certain tweets” pic.twitter.com/KgMxUn3Hs6

Twitter’s verification feature, in which verified users receive a “blue check” next to their Twitter handles, was introduced more than a decade ago as a means to indicate that an account holder is “authentic, notable, and active.” It is aimed at helping users identify celebrities and public figures while distinguishing them from imposters or parody accounts.

It is unclear when the Zoom conversation — video of which was posted on Twitter by The Post Millennial, a Canada-based news outlet — took place.

By all means, let’s get brain-dead celebrities to edit tweets. These are just the kind of folks that Jankowicz needs in her army of “fact-checkers” — uninformed, but who look good spouting nonsense.

I predict the disinformation board will quietly be shelved in the next few weeks and Ms. Jankowicz will go back to her obscure posting at some academic institution.


And then, when Biden thinks everyone’s forgotten about it, he’ll re-introduce the board and call it something else — something completely bureaucratically innocuous — and it will do the exact same thing.

They just never give up.

Editor’s note: Here at PJ Media we’ve been dogged at every turn by social media censors who want one narrative—and one narrative only—to be available to the American people. Media outlets that dissent from the Almighty Wisdom of the left are punished severely for their crimes against wokenes. You have a critical role to play in fighting back. One way you can do that is by becoming a PJ Media VIP member. For the price of a cup of coffee every month you can support our mission to “tell it like it is,” as my dad used to say. Subscribe here today.

The yen: a cheap haven for uncertain times