Joe Biden is calling on Congress to suspend the federal tax on petrol and diesel for three months in a bid to provide some temporary relief to American households grappling with high inflation.

The so-called gas tax holiday proposed by the US president would involve scrapping the 18.4 cent federal levy on every gallon of petrol, and 24 cent levy on diesel, that consumers pay at the pump.

The total cost of the measure would be approximately $10bn. Biden is asking Congress to replenish the highway trust fund, which is normally funded by those taxes, with other revenue increases.

“President Biden understands that a gas tax holiday alone will not, on its own, relieve the run-up in costs that we’ve seen,” the White House said in a fact sheet on Wednesday. “But the president believes that at this unique moment when the war in Ukraine is imposing costs on American families, Congress should do what it can to provide working families breathing room”.

Some states, including New York and Florida, have takes steps to suspend their own state petrol taxes and offer drivers relief from high prices.

Biden’s call for a gas tax holiday marks the latest effort by the White House to show its determination to do everything it can to tame inflation and bring down energy costs amid the war in Ukraine.

In recent months, Biden released oil from the strategic petroleum reserve, nudged domestic energy groups to increase production, and is to travel to Saudi Arabia for talks with a regime it once considered a “pariah”. The president is expected to speak about energy prices from the White House on Wednesday afternoon.

As petrol costs have soared to about $5 per gallon, the suspension of the federal tax would only offer a minor reprieve to struggling consumers. Consumer prices rose at an annual rate of 8.6 per cent last month, souring Americans’ perceptions of the strength of the US recovery.

Biden considered a gas tax holiday in February but decided against it. Critics have warned that the policy could backfire, boosting demand and contributing to inflation, while failing to provide meaningful relief to families. There is also no guarantee that it would be approved by Congress.

“I’m glad that @POTUS is exploring ways to lower gas prices at the pump. Still, suspending the primary way that we pay for infrastructure projects on our roads is a shortsighted and inefficient way to provide relief. We should explore other options for lowering energy costs,” Tom Carper, the Democratic senator from Delaware, wrote on Twitter. 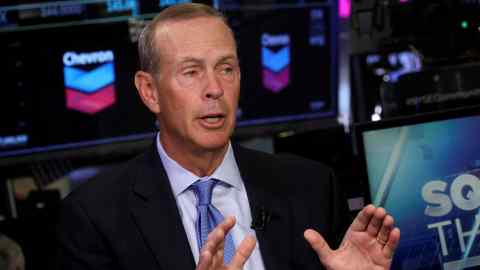 Maya MacGuineas, president of the Committee for a Responsible Federal Budget, a non-partisan think-tank in Washington, said a petrol tax holiday “would modestly reduce prices at the pump but exacerbate overall inflationary pressures and increase demand for an energy source already short in supply”.

Oil executives are likely to welcome the move, which amounts to a subsidy for their product. Executives from some of the US’s largest oil and fuel producers will meet energy secretary Jennifer Granholm on Thursday.

But high fuel prices have deepened tensions between Biden and oil industry executives. On Tuesday, he lashed out at Chevron chief executive Mike Wirth after he said in a letter to the president that a “change in approach” was needed to bring down prices and that the administration should not “vilify” the industry.

After Roe, the Pro-Life Movement Should Focus on Abortion and Not Be Corrupted by Progressive Causes – RedState

Dem Rep. Jackie Speier fights for gun control as ‘the only member of this...