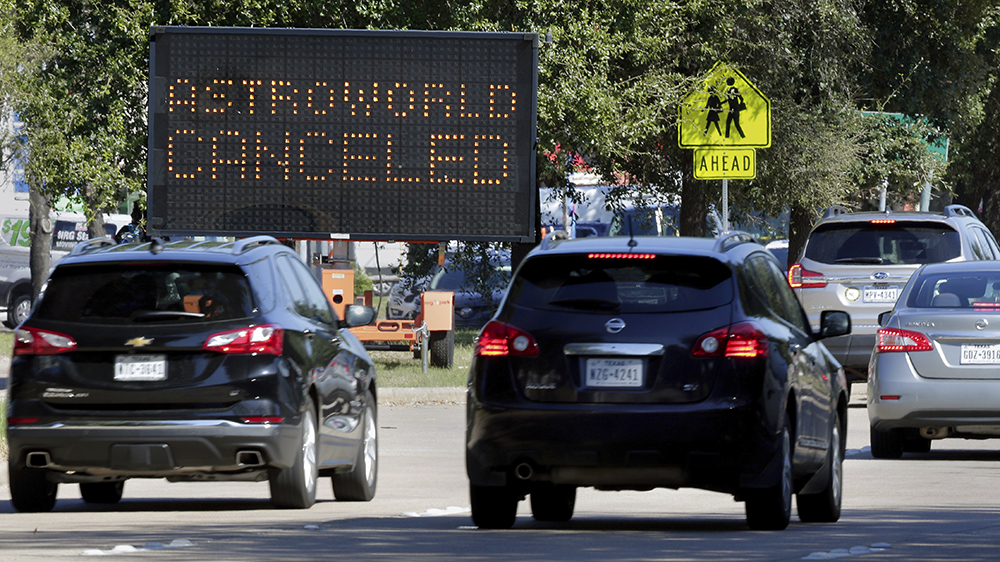 A 14-year-old and a 16-year-old were among the eight people who died at the Astroworld Music Festival in Houston on Friday night, the city’s mayor said.

The other victims ranged in age from 21 to 27, said Mayor Sylvester Turner. Travis Scott was performing at 9:15 p.m. at NRG Park, when the crowd began to push toward the stage.

“This is an artist that we know has a following among young people in particular, young people with bright futures,” said Lina Hidalgo, the Harris County judge, who said that the ages of the victims “just breaks your heart.”

The first reports that people were falling down and had been injured came around 9:30 p.m. The festival stopped at 10:10 p.m. Some people were trampled in the crush of fans in front of the stage. Some 50,000 people were in attendance, and Turner said there were 528 Houston police officers and 755 private security guards from Live Nation on hand.

“This incident is being thoroughly investigated and reviewed,” Turner said. “It is important for us to ascertain, last night, what took place, what happened, where missteps may have occurred.”

Hidalgo said that Live Nation, the promoter, had worked with Houston and Harris County officials on a site plan and a security plan prior to the event.

Among the injured is a 10-year-old who is in critical condition, said Houston Police Chief Troy Finner.

Despite the security presence at the venue, video on social media showed fans breaching an entrance. Hidalgo noted there had been a breaching of barricades at the Astroworld Festival in 2019, and said that more robust fencing and more security were added after that event.

‘Encanto’ Star John Leguizamo on Why the Film So Important: ‘I Never Thought I’d See This In My Lifetime’

About 300 people were seen at a field hospital at the stadium.

“I’m absolutely devastated by what took place last night,” Scott said in a statement on Saturday. “My prayers go out to the families and all those impacted by what happened at Astroworld Festival.”

Finner warned that many rumors about the event swirling around on social media. He did say that a security officer for the event appeared to have been hit on the neck by a needle prick while trying to maintain crowd control. The security person went unconscious and required a dose of Narcan to be revived, Finner said. Several other people were also treated with Narcan, said Houston Fire Chief Samuel Peña.

Live Nation has canceled the second day of the festival.

“Heartbroken for those lost and impacted at Astroworld last night,” the company said in a statement. “We will continue working to provide as much information and assistance as possible to the local authorities as they investigate the situation.”

NRG Park, which is operated by the Harris County Sports & Convention Corp., also issued a statement.

“We are deeply saddened by the heartbreaking loss of life and pain experienced by all those impacted by this tragedy,” a venue spokesperson said in a statement. “We are fully cooperating and working closely with police and local authorities as they investigate how this tragedy occurred at the Astroworld Festival.”

Dow Closes Above 36000 for First Time

Why Did the Palace Initially Keep the Queen’s Hospital Stay A Secret?

Lee Pace Wants You to See His Sweaty Chest on Instagram