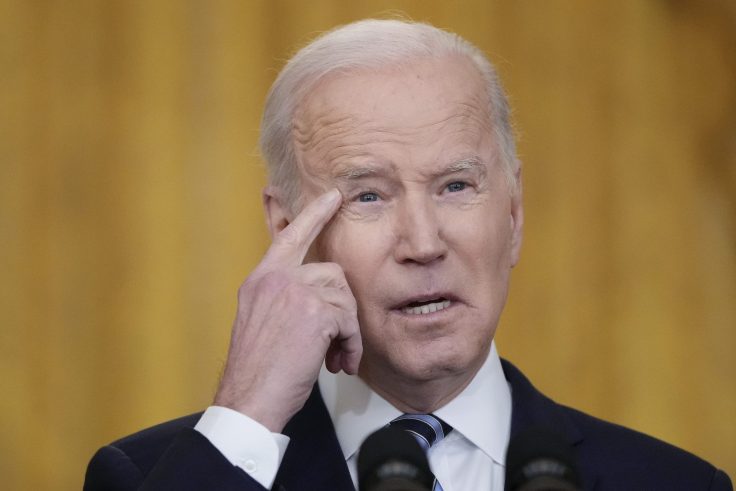 Rep. Mike Waltz (R., Fla.), a colonel in the Army National Guard, slammed the Biden administration for citing a post-September 11 law supporting members of the military as authorization to waive tens of thousands of dollars in student debt, calling it “a slap in the face to veterans.”

The Justice Department argued this week that the 2003 HEROES Act, which allows the government to waive student loan obligations for active-duty service members and those suffering as a result of war or a national emergency, gives President Joe Biden authority to enact his massive student debt bailout in order to alleviate the effects of the COVID-19 pandemic. But that legislation, which Congress passed in the early months of the Iraq war, was explicitly intended to support members of the military fighting for the United States.

“The HEROES Act was intended to relieve student debt for soldiers risking their lives to fight for our country after 9/11,” Waltz said Thursday. “This is a slap in the face to veterans and Biden is using this law as an excuse for his disgraceful abuse of power.”

While the HEROES Act contains broad language on the executive branch’s authority to forgive student debt, the legislation was written with the goal of assisting active-duty service members. The text of the bill describes its intended purpose, which is to “support the members of the United States military and provide assistance with their transition into and out of active duty and active service.”

Waltz’s criticism of the administration’s student debt agenda comes as some experts argue the move will impose a massive burden on taxpayers across the country. The National Taxpayers Union Foundation issued a report this week that estimates the cost of debt cancellation is equivalent to $2,085 per taxpayer over 10 years.

Others have criticized Biden’s plan as a transfer of wealth from the working class to the college-educated and suggested it’s unfair to those who paid off their loans.

“Democrats’ student loan socialism is a slap in the face to working Americans,” Senate Minority Leader Mitch McConnell (R., Ky.) said Wednesday. Maine Democrat Rep. Jared Golden called the plan “out of touch” and “out of step with the needs and values of working-class Americans.”

Fox News anchor corners Manchin with his own words over new spending bill: ‘Why should Americans believe you now?’