There has been an outbreak of sanity in, of all places, California.

On Monday, Golden State Gov. Gavin Newsom vetoed legislation that would have created so-called “safe sites” where users of illicit narcotics engage in supervised drug abuse. The governor’s decision has produced no small amount of consternation. Newsom’s veto has been tarred by its critics as little more than crass politics. In playing to the cheap seats, they say, the governor has displayed contempt for expert opinion and given up on the last, best alternative to the war on drugs.

The legislation would have created a five-year program in San Francisco, Oakland, and Los Angeles establishing sites where intravenous drug users could indulge with properly sterilized equipment under medical supervision. “It is possible that these sites would help improve the safety and health of our urban areas, but if done without a strong plan, they could work against this purpose,” Newsom wrote in a statement announcing his veto. “Worsening drug consumption challenges” in California’s already overrun metro areas, he added, “is not a risk we can take.”

Layer an epidemic of homelessness atop rising violent-crime rates, which have been exacerbated by a recruiting drought in California’s police departments, and it’s not hard to see what motivated the governor’s decision. In short, Newsom deferred to the safety concerns of his state’s taxpaying citizens over the faddish theories that excite technocratic reformers. That is basic political horse sense, but the press has reacted to Newsom’s decision as though it was an act of profound recklessness and a betrayal of his constituents.

Newsom has double-crossed his progressive supporters, according to the Los Angeles Times. The paper observed, after all, that the governor had once said he was “very, very open” to an injection-site pilot program. That position stood in contrast to the one struck by his predecessor, Gov. Jerry Brown, who vetoed a similar program. But what Newsom said at the time was that he was “not wedded to the language of the existing bill” and he would have to “research” Brown’s rationale for vetoing what the Times described as “more narrow” legislation than what Newsom was asked to sign.

The governor left himself plenty of wiggle room in that 2018 comment, and the L.A. Times itself identified an exceedingly simple justification for his veto: The legislature went beyond even that which was already rejected by a Democratic governor. It went beyond even what most Democrats in the legislature were prepared to accept, in fact, as the so-called “safe consumption sites” bill passed narrowly despite Democratic supermajorities in both legislative chambers.

Newsom is also accused of having stabbed the expert class in the back. “A coalition of treatment specialists, healthcare groups, and civil-rights organizations argued that safe injection sites would save lives,” the L.A. Times continued. “They said it would lead to cleaner streets, reduce crime and prevent the spread of HIV and hepatitis while saving taxpayers money on ambulance calls and emergency room services.” Indeed, what can’t safe sites do?

By way of real-world evidence, this dispatch cites New York City’s experience with state-sponsored injection sites. The Big Apple established its own “safe site” program in November 2021. As of early August, the city believed these sites “have intervened in more than 390 potential overdoses to avert injury or death.” Preliminary statistics around overdose deaths in New York City since these sites became operational have not yet been made available, but city officials aren’t striking a triumphant tone. “As the city copes with a record number of fatal drug overdoses, we must do everything we can to give people a fighting chance to survive and thrive,” Sam Rivera, executive director of the nonprofit that manages the city’s safe sites, said this month.

While some metrics that would help us evaluate the efficacy of such facilities remain a mystery, we can render a verdict on whether supervised injection sites “reduce crime” and lead to “cleaner streets.” In July, shooting incidents increased in New York City relative to one year ago by 13.4 percent. There were 34.4 more murders in the city than there were in July 2021, and overall index crime was up by 30.5 percent (six of the seven major crimes that compromise that index saw rate increases). In literal terms, the streets in New York are as dirty as any city on earth save Rome, Italy, according to the Time Out Index poll of 27,000 urban residents around the globe. The city’s open-air drug markets remain open, and the waking death that opioid and opiate addicts must endure is still plainly visible on the city’s streets. And city residents are voting with their feet. While the exodus of New Yorkers that the city experienced during the pandemic has slowed, more people are still moving away from the city than to it.

The best that can be said of safe sites is that they provide illicit drug users with access to medical attention, sterilized works, and testing equipment that can detect the presence of deadly fentanyl. The second-best thing that can be said is that they could capture drug users for a time in an environment where they might be convinced to seek help. The former would save lives, though we do not know yet whether more lives are saved than lost amid the establishment of a new cultural norm that encourages the use of deadly narcotics. That encouragement most certainly is happening, and it wholly undermines the idea that these sites will inspire drug users to seek treatment.

“Don’t be ashamed you are using,” read one particularly outrageous, taxpayer-funded public service announcement advertising the city’s safe injection sites, “be empowered that you are using safely.” Applying the trite language of self-empowerment to one of the most disempowering activities imaginable—the recreational use of debilitating tranquilizers—is a natural corollary of the logic that advocates for safe sites use to justify them. Heroin addiction, they maintain, has a nasty “stigma” around it. We act as though the user has succumbed to a “moral failing,” which discourages users from getting help. Therefore, we must rehabilitate the practice, if only so the user will emerge from the shadows. Within this rationalization, the line between rehabilitation and encouragement is so fine as to be invisible.

Yes. Gavin Newsom is, of course, seeking political advantage by putting the brakes on the “safe-site” movement in his state. That’s because Americans have a habit of rewarding politicians who ensure that their streets remain safe, unblighted, and conducive to normal daily affairs. If those essential conditions are threatened by the existence of “safe sites,” as political professionals believe they are, the problem does not lie with the voters. 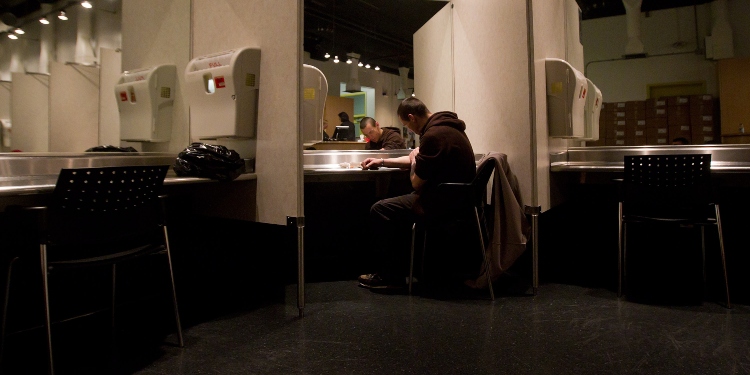 Mets turn back clock to their summer of fun

CNN Struggles To Find People In Wyoming Who Like Liz Cheney