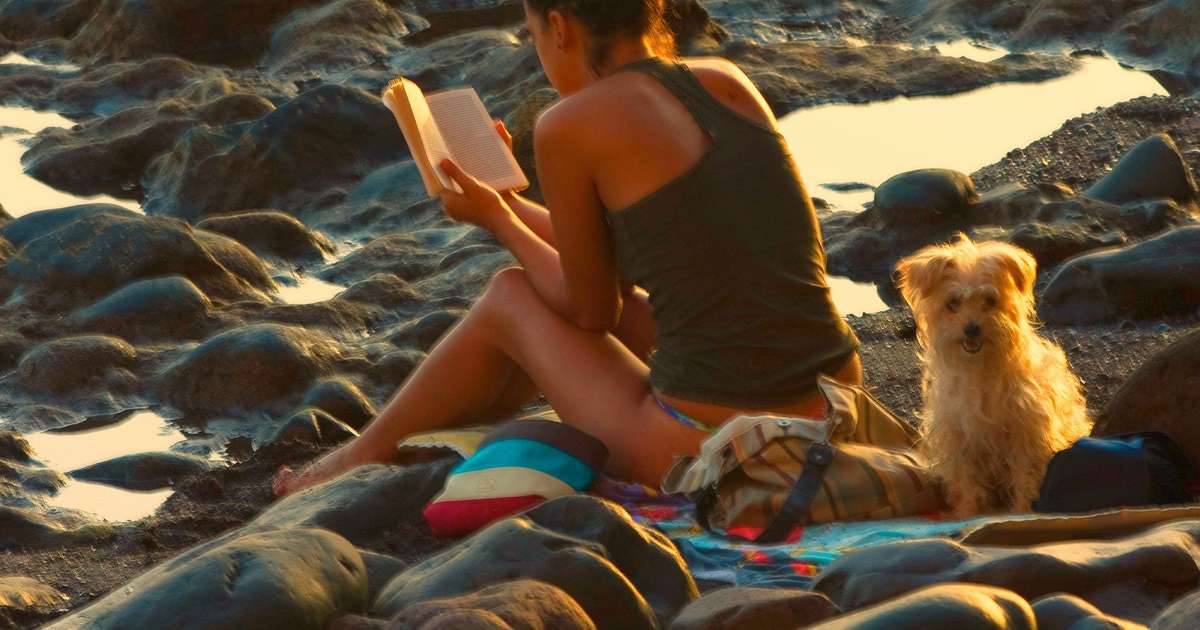 Summertime already! Seems like I was just doing this same thing. I had fun putting it together, and people seemed to like it, so let’s do it again, eh? Tradition!

I read a lot. Partly because I have no life, but mostly because I love it, have always loved it, and indeed if I don’t have a book-in-progress nearby at all times, I sort of get that lost-my-keys feeling. So far this year I’ve been more bookish than usual. I guess personal loss and life’s unrelenting sketchiness have had me crawling up into my shell a lot.

With this in mind, I’ve deliberately kept subject matter light — escaping into subject areas that I am really interested in and/or with which I feel a pleasing connection–and as far away from current events and anything with even a tinge of darkness to it as possible. Escaping, I suppose.

And with summertime all about keeping it light, pleasing connections, and escape, I offer up this year a baker’s half dozen for your consideration with best wishes for the season and the hope that there might be a thing or two here for you.

Unlike last year’s list, which was all about new releases, only two titles in this year’s edition can be considered new, as I’ve stopped feeling the need to care much about that. I mean, I read them in 2022, okay?

So off we go, in no particular order:

Elaine’s: The Rise of One of New York’s Most Legendary Restaurants From Those Who Were There, by Amy Phillips Penn (160 pages, Skyhorse, June 2015)

A truly charming remembrance of and tribute to the last of the legendary NYC saloonkeepers, Elaine Kaufman, and her storied joint, Elaine’s. A quick but delightful read, it consists entirely of two-to-three-page mostly heartfelt and often amusing vignettes penned by a cross-section of Elaine’s regulars — writers, journos, celebrities, detectives, businesspeople, and other characters. Amy Phillips Penn, herself a member of the Elaine’s ‘family,’ has done an amazing job rounding up and recruiting just the right mix of folks to share their memorable moments here, and her own essay — about the time she took the extraordinarily wily and high-maintenance Elaine on a trip to France — is a classic unto itself. Liz Smith’s foreword tees it all up just right. Most pleasing read I’ve had in quite a while. I actually went to Elaine’s once. She was really nice to me, oddly enough.

I loved my Willi Wear so much back in college when it reached the ready-to-wear racks on the West Coast. And just as I was really getting into it, he passed away. So for me, the clothing kind of burst on the scene and then seemed to disappear as soon as it had appeared. I’ve often thought of Willi Smith and his very special gift, always puzzled by the fact that he hasn’t been remembered and revered the way many of the great artists and designers who we lost too soon primarily to the AIDS nightmare have been, particularly because he was such a trailblazer. So, then, imagine my delight to have recently learned of this book, whose 2020 release I somehow missed. I immediately ordered it, and it exceeded my expectations, much to my delight. Packed with wonderful photos and reminisces, it’s an essential addition to the library for anyone with even a passing interest in fashion, art, and design. God Bless Willi Smith!

The Plaza: The Secret Life of America’s Most Famous Hotel, by Julie Satow (384 pages, Twelve, June 2019)

I have a bit of history with The Plaza (got engaged in The Oak Bar, for one thing), and, as such, I thought I was fairly well versed in its history. Wrong! I’ve always known it has been a rollicking and sometimes rocky road for this most magnificent wonder of a landmark, but it turns out I didn’t know the half of it. Meticulously thorough, filled with the most minute and fascinating detail (384 pages about a hotel!), it is very hard to put down. Satow does the Plaza, its legacy, and, in fact, New York City a great service here. I was astonished to learn that this was her first book. A wildly impressive debut.

Alfons Kaiser’s examination of the life of Karl Lagerfeld is a winner. A big one. Over the three years since Lagerfeld’s death, the books have been coming at us steadily — some good, some not so much — mostly from friends and associates remembering “their” Karl (my favorite by far so far being Patrick Hourcade’s exceptional No Regrets). This is all well and good and generally interesting, but as far as I can tell, Kaiser’s is the first all-encompassing look at the life of the other one they called “Kaiser” to date. My problem with a lot of top-to-bottom biographies is that oftentimes —particularly when it comes to the portions regarding a subject’s early years — they can become very tiresome very quickly as many otherwise fine authors don’t have the time and/or the inclination to dig very deep before cutting to the glory years. We do not have this problem here.

Kaiser has cleverly broken the book down into five eras, including an essential prologue about mother and father Lagerfeld, which contain concise essays that almost could be standalone stories on their own. These tend to be brief and focused, bouncing from specific subject to specific subject, packed with essential information that never gets bogged down and makes the 316 pages fly by. The book moves like few others I have read — a real testament to Kaiser’s skill and grasp of his subject. I could go on and on, but I want to acknowledge what may be the biggest overall takeaway here, and that is how connected Lagerfeld always remained to Germany and his heritage, which is something that was certainly lost on me, as I had just kind of assumed he had left Germany in the rear view mirror when he went to Paris, never looking back (an understandable deduction, as Lagerfeld publicly said or did little if anything to suggest otherwise). This and other insights and revelations await in this pleasure read about one of the most extraordinarily gifted, enigmatic, and utterly fascinating human beings of our time — or any other time, for that matter.

I’ve always liked Phil Jackson — as a much younger man, I followed his extraordinary run as head coach of the Chicago Bulls from 1989 to 1998 when “MJ” ruled all and they won those six championships. As a Southern California boy, I of course appreciated his tenure thereafter, coaching the Los Angeles Lakers to another five, for a total of a record eleven championships. I had heard much about his devotion to Zen practice as well as Native American spirituality but knew little else about him until I stumbled upon an interview where he spoke more deeply about how these things fueled him and, by extension, his winning teams. Title aside, this is not a gloating exercise in self-adoration. This is a serious book about a serious and extraordinary human being, about so very much more than sports (though the sports parts are really, really good!), and it belongs at the top of the list of great books about leadership. Eleven Rings is especially important to me for another reason, and that is that it led me to one of the greatest books I have read. See below.

If you were to ask me which of the seven great books on this year’s list I would choose as the must-read, it would be this one — not because it is great, but because it is important. In his book referenced above, Phil Jackson invokes the Lakota throughout, which of course piqued my interest and made me want to learn more, and I am so glad I did. I learned so much, both about Lakota culture and tradition and the true heritage of our nation. I had no idea how little I knew or understood about it all, frankly, and I feel I owe Marshall a debt of gratitude for opening my eyes and capturing my imagination. The lessons, stories, and historic references blend together perfectly, almost poetically, making this not just a read but an experience. I am thinking differently as a result of this book, and I totally get Phil Jackson’s reverence. I hope you will purchase The Lakota Way and read it carefully this summer.


And, finally, a new one from my old friend…

Yes, Andy Warhol was a working model! For Zoli. And many of the most iconic and recognizable photos of Andy were born of a handful of in-studio collaborations with his longtime associate Makos meant for his original modeling portfolio — to ‘sell’ him as a model at the urging of Andy’s erudite business manager Fred Hughes. These iconic photos (I don’t believe there is any denying that the cover shot is THE essential Warhol portrait) are all here, and having them compiled in one place, along with an insightful narrative teed up so nicely by famed gallerist David Fahey in his foreword and longtime Makos associate and archivist Peter Wise in his preface, fills an important hole in the Warhol historical oeuvre. One need look no further than this collection to get the fact that no one knew Andy better than Makos, and no one photographed Andy like Makos did. Ever. The book is a delight — a love letter, really — and one that I know he would be very, very pleased with. You will be pleased with it too. Finally, I’d be remiss if I didn’t mention that the book itself — its design, layout, and even packaging qualify as a work of art on its own. Bonus. And so very Makos…

And that’s that. Summer on, my friends!

Netflix to Woke Employees: No Censorship, If You Don’t Like It, Work Somewhere Else

At least 12 children drank floor sealant after it was served as milk: Report

Time trickles away for a success at the WTO